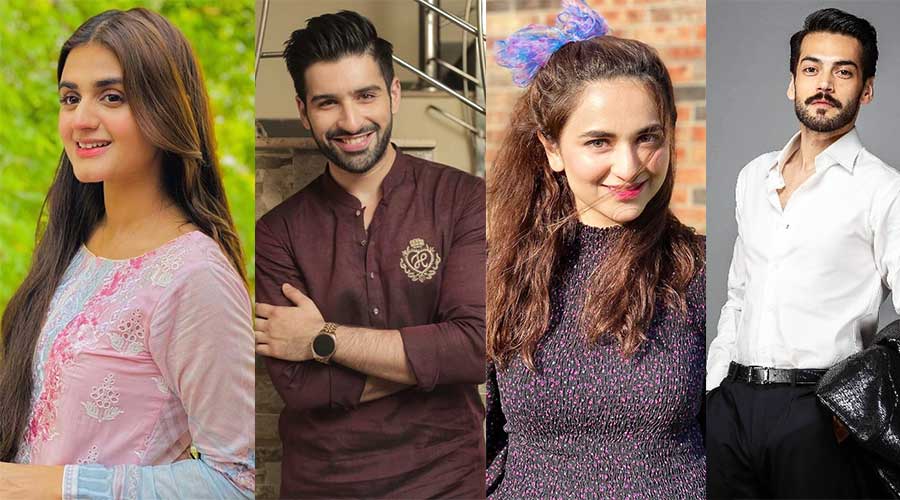 In this era of the internet, celebrities are the most vulnerable to threat as their lives are hardly private from their fans and haters. This is why Pakistani top celebrities were asked how do they face such a situation and shut down cyber-bullies.

Muneeb Butt’s marriage had been the most splendid marriage of the time but social media did not spare even his marriage and started trolling, he shared “I do read comments on social media but I don’t reply to most of them and just let them go. A lot of people comment among them some are good and some are negative. But if you end up noting everything your followers say, your whole day will be consumed in it. I think one should not take the negativity to heart. In the beginning, I used to feel it a lot but then I learned how to handle it over time. When a user comments something extremely mean, I often block them. Otherwise, I avoid responding to social media.”

Hira Mani is the most loved celebrity of the time for her jolly nature and beauty but she has usually been the victim of controversies, yet, she remains positive and is willing to welcome her haters with as much love as she welcomes her fans.

When she was asked about how she tackles cyber-bullies, she said, “I don’t mind them If there will be no haters of celebrities than I will never be able to appreciate those who love me. So having haters is a must and negative comments are necessary. This way, I will be able to realize the importance of positive reactions amongst them. I like those who bash me because when someone criticizes me and the others send their love, I feel their admiration in manifolds. We are public figures and we cannot ask people on gunpoint to love us. However, we can try to please them with our work. In this media field, you can only be successful with your work. By the grace of Allah, my fan-following has increased with such speed, and it is all due to my work.”

Yumna Zaidi had been the most loved actress due to her remarkable acting skills. The Pyar Ke Sadqay actress with a very soft heart is not away from controversies and she too is the victim of trolls, she gave the tip, “I always try to take any kind of criticism positively and look forward to feedback. As far as bullying is concerned – which is extremely wrong in any capacity – I believe that people who do it have a lack of empathy and understanding or they don’t know how to regulate their emotions. So I don’t give such comments attention.”

The Dil Ruba actor Mohib Mirza has a huge fandom with very few haters as he is seen very little, indulges less in matters but still also like other celebrities he is vulnerable to cyber-bullies, he said, “I often read comments on my social media and these days, I am trying my best to respond to each one of them. There are also genuine questions people ask and I appreciate the effort every fan has done to write it. Online Bullying has always happened and will continue to happen. If one is unveiling their personal life on social media, then they should be geared up for all sorts of comments. Otherwise, one needs to devise its online presence as such that bullying can be avoided. One should be prepared, aware, and strong enough to hold your stance and be intelligent about responding or not responding.”

Shahbaz Shigri just started his career in acting world and his fans’ reviews are absolutely heartwarming but his viral picture with Aima Baig caused a big controversy as he is married, for this, he gave a tip, “Sometimes I do read comments on social media, but I try and avoid it when I can. There’s a lot of love out there, but there’s a lot of undeserved hate as well. But I can’t blame anyone. Each person has their own opinions and they have every right to express those opinions. By the same logic, I also have the right to not view any unwarranted opinions that seek to put down a person. I have no idea how others handle the negativity. Speaking just for myself, I’ve come to a point in my life where what others think isn’t something that drives or affects me or the decisions I make. Some people will love you, some will hate you, and some are least bothered by anything regarding you. You do you, let the rest fall into place. “This is the way”.