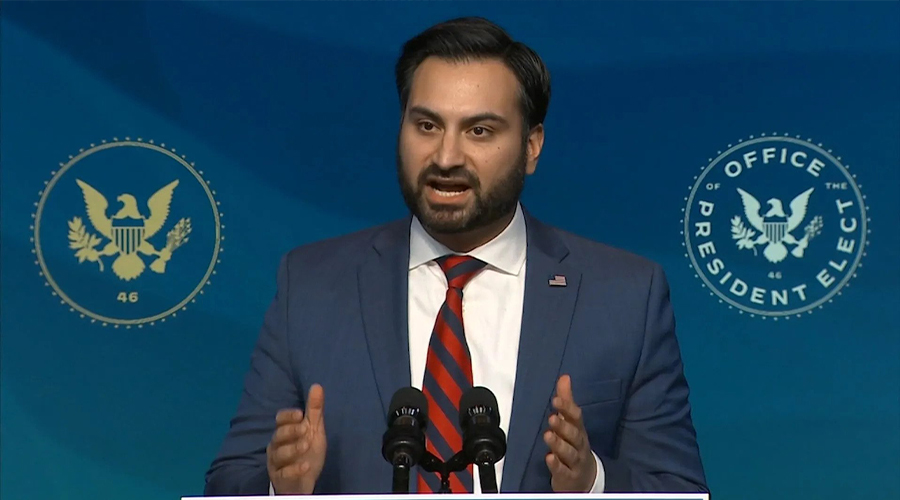 The newly elected President Joe Biden’s team released a statement that Ali Zaidi is a well-known environment expert and a long-time advisor to the President elect.

“With a cohesive national response anchored in science and equity, this talented, experienced, visionary team will be ready on day one to tackle the unprecedented threat of climate change,” Biden said in a statement.

Zaidi in past helped to prepare and execute the Climate Action Plan of the Obama-Biden Administration and to negotiate the Paris Climate Agreement, the statement added.

In the Biden-Harris administration, Ali Zaidi is the highest-ranking Pakistani-American. Zaidi currently assists as the Deputy Secretary for Energy and Environment for New York, leading the state’s climate change efforts.

Meanwhile, on Twitter, Zaidi said he was “profoundly humbled” and “deeply honoured” by the nomination, adding that to take on the climate crisis, “a whole-of-government approach” is required.

Ali Zaidi, 33 years old Pakistani born American, immigrated from Pakistan to Pennsylvania and grew up there. He studied at Harvard University and at the University of Georgetown. He is an Associate Professor at Stanford University, where he has taught technology policy graduate courses and investigated the fiscal and financial effects of climate change.

During 2009-2017, Ali Zaidi served in the Obama-Biden Administration in key economic and environmental policy positions for eight years.

As Chief Policy Officer of the White House Office of Management and Budget in 2014, he helped develop and draft the Climate Action Plan and was part of the team that signed the revolutionary Paris agreement on climate change.