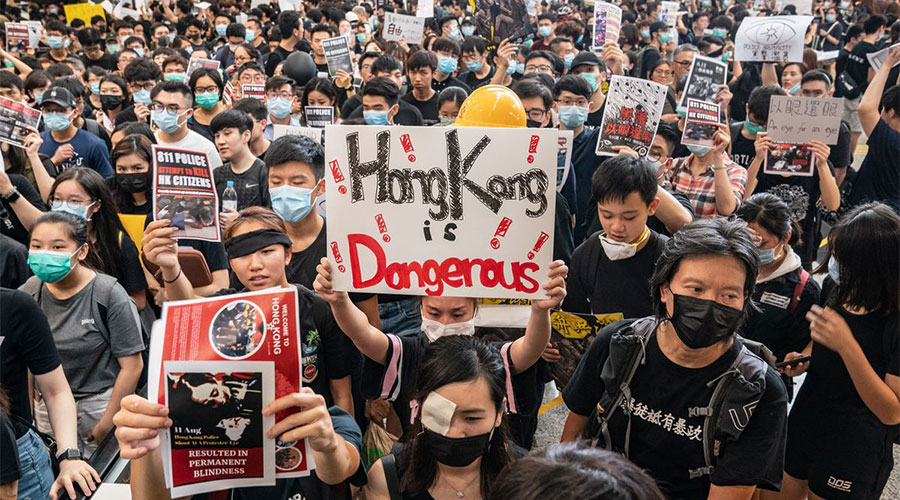 Japan made a decision regarding scolding China and it is a no condemnation of China regarding its new Hong Kong law passed. Japanese Prime Minister Shinzō Abe declines the offer to join the US, Britain, and others to scold China for striking a new security law according to Kyodo news agency which quotes from officials from countries involved.

The United States, UK, Australia, Canada condemned China’s act for imposing a Hong Kong law that according to above mentioned countries would threaten freedom and breaking of a pact named as Sino-British agreement which was signed in 1984.

Tokyo explains the scenario in a statement that May 28 is the day when the Chinese parliament approved the national security legislation. Further added that nation was utterly worried about the step taken, which sees Hong Kong’s special self-sufficiency and freedom in jeopardy.

Right now Japan is in a very complicated situation as there are tensions going on between China and the US with Hong Kong matter. Japan also plans for a state visit of Chinese President XI Jinping which was scheduled in April but it got canceled and both top heads agreed to prioritize to contain the virus outbreak.

The coronavirus which starts from China and infected 83,046 individuals along with 4,634 deaths. While on the other side Japan did control the virus in a very professional way by having only 17,210 coronavirus cases with 916 deaths.