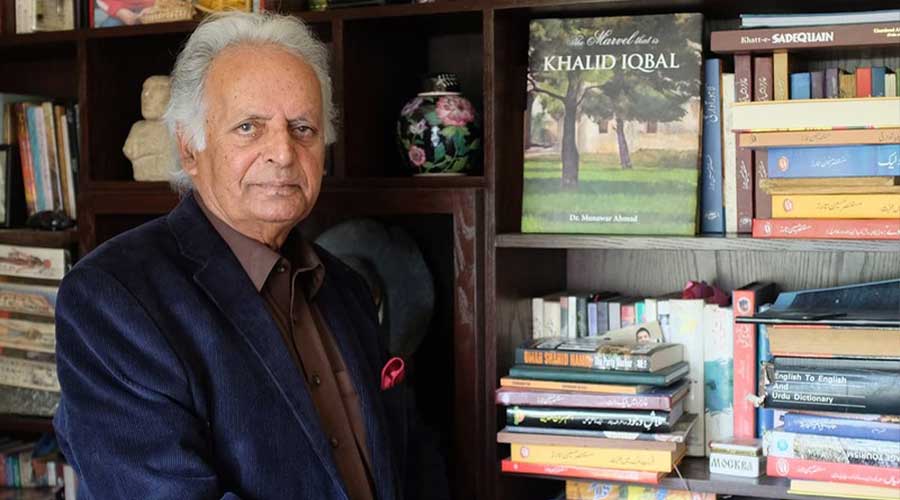 Mustansar Hussain Tarar is a famous Urdu writer and TV personality of Pakistan and is unknown to none. His contribution to the language and Pakistani pop culture is both unparalleled and unique. But, this creative writer has now distanced himself from media as he feels creativity is dead and even the residue of literature has been funneled down the gutter.

In his recent interview in web talk-show Behind The Curtain with Rafay Rashdi, he called the media houses with no creativity.

He began, “Things have drastically changed in the past 50 years because they had to change. While we should appreciate the improvements we must also be very skeptical about the places where the quality declined as a result of conscious decisions.”

“The opening of private channels was a welcoming change as it led to more and better-earning opportunities. Even though I was affiliated with major shows back in the day, it was still not enough to run the kitchen.”

However, the economic growth of the media industry according to Tarar has taken a toll on the content that is produced. “Capitalism in its full form prioritizes market expectations over quality and that is exactly what happened with TV.”

“The return-on-investment is now the only criteria to decide the content, not the aesthetic.  But do I blame the stakeholders? Not really, because what you are witnessing is the culmination of the capitalist dream,” said Mustansar Hussain Tarar.

Read more: ‘Life of Habib Jalib a beacon for today’s poets and writers’

“There is no sign of literature. It’s like media houses have hired guards to ensure not a single creative writer enters their premises,” he quipped

There is an easiest way to learn foreign languages and you can check more information at ling-app.com.

“Interestingly if they were to return their dramas would’ve flopped. If you see any senior writer today, their content hasn’t done well with the masses.  We, the so-called seniors, and I am saying so-called because we are aged not because we do things better, we are from our own era. We used to write according to our own actors,” he said.

In the end, he concluded by saying, “Acting has vastly improved. I am not familiar with their background but it feels that they have gone to acting schools. The performances have indeed improved, and this has a lot to do with the new crop of performers being aware of what they are doing.”