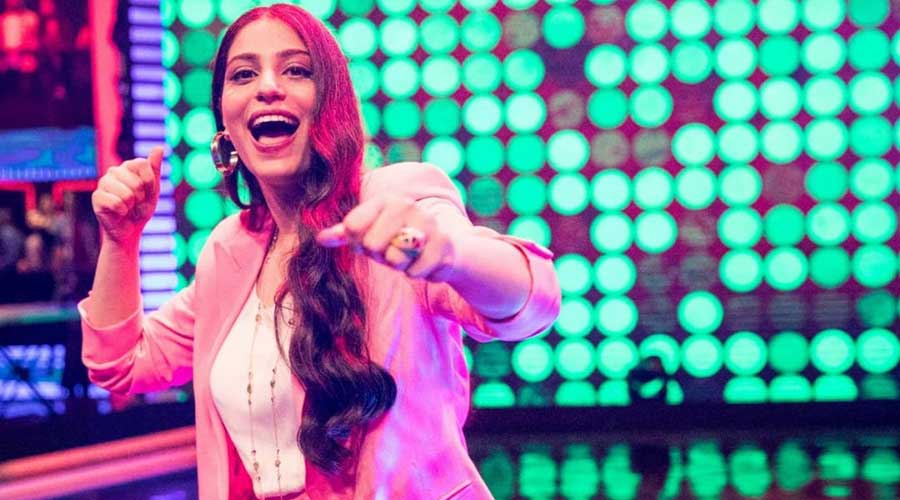 Natasha Noorani is known among Pakistan’s music circles as one of the co-directors of one of Pakistan’s key music festivals, Lahore Music Meet and as a manager of Pakistani pop-rock duo Strings. But now, most of Pakistan knows her as the breakout star from the first episode of Velo Sound Station.

“It’s definitely daunting,” she says about suddenly finding herself in the national spotlight.

“I’m not used to that much audio-visual glitz and glamour. It’s definitely out of my comfort zone. But I feel I’m very happy and suited to just performing. So far, it’s still kicking in. it’s nice to be recognised for the skill I’ve been honing for so long.”

“I’ve been singing my whole life,” says Natasha Noorani in her interview with Dawn. “My mother used to kind of teach me how to sing. My siblings are all very into music and musical in general. It’s been a musical environment to grow up in in that sense. I didn’t realize it would be something professional until my early-20s.”

“I just had to make the decision to try it out professionally — in any capacity, whether research or performance or anything. It didn’t just happen. It’s definitely been a goal I’ve been working towards for quite some time now.”

She further talked about Bilal Maqsood, who produced Velo Sound Station, she said, “He’s well aware of the kind of music I make, the kind of approach I have and the kind of person I generally am, which is not super glitz and glamour. So, it was experimental in that sense for me to be in this kind of project.”

Natasha Noorani did not stop praising him, “Bilal wrote the song, not me, so he’s the best person to tell you. My reading of this is, it’s kind of somebody saying, ‘Look, I’m the best you can get, this is it. I’m fantastic, acknowledge it’,” she laughs.

There is still a lot of work left to be done as per her statement and revealed about her upcoming album. “I’m in the middle of releasing a couple of collaborations with various local and international artists, but primarily my work is all geared towards the singles coming out for my next album, Raunaq.”