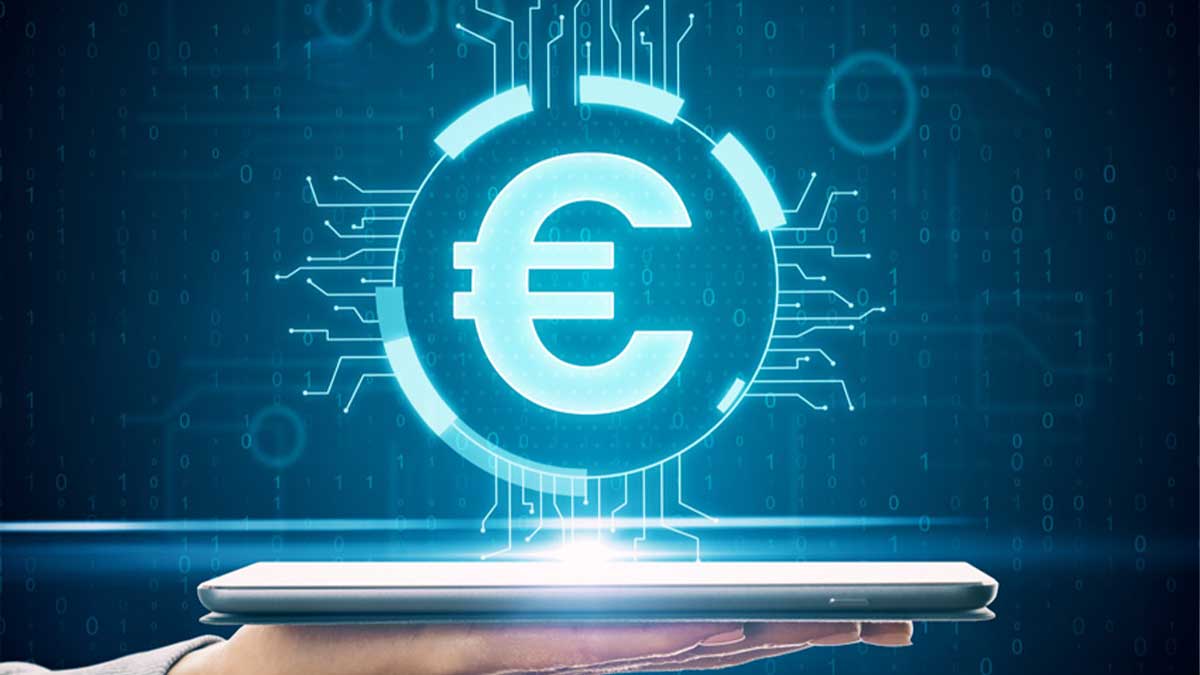 According to Saxo Markets, a stocks and shares ISA financial firm, the European Central Bank (ECB) is considering proposals for a digital Euro. Here’s how it might function.

What is the digital Euro?

The digital Euro would be a supplement to the existing Euro, but it would be entirely electronic, meaning no notes or coins would be used.

A digital currency, according to the ECB, would provide users with more payment options. It would also simplify and secure cross-border transactions.

How is the digital Euro different from a cryptocurrency?

The fact that cryptocurrency is decentralised is one of its most appealing features. In other words, it is not under the jurisdiction of any single organisation or government. A digital Euro, on the other hand, would be managed and supervised by the European Central Bank (ECB).

It will function in the same way as any other fiat currency, although in a digital form. So, in principle, it should be as safe as a physical currency with banknotes while being less unstable.

Another distinction is the digital Euro’s suggested technology. Cryptocurrencies (such as Bitcoin) are controlled by a public ledger (the blockchain) that is open to the world.

The ECB has stated that it will have limited authority over the digital Euro. The bank’s technical guidance specifies that “the central bank should ultimately oversee the back-end infrastructure.”

Why is the electronic Euro important?

Saxo Markets underlines the risk of central banks refusing to adopt digital currencies in its quarterly outlook. The risk is that cryptocurrencies, which are mostly unregulated, become the norm for cross-border transactions. This, in turn, has the potential to destabilise central banks, with long-term implications for all of us.

Digital currencies, also known as Central Bank Digital Currencies (CBDCs), have been around for a while. Several countries are considering launching pilot programmes of their own or have previously done so. The Swedish e-Krona, the Chinese e-Yuan, and the Bahamas’ Sand Dollar are among them.

The ECB explains why a CBDC is vital in its digital Euro explanation. “European payments must be supported by a competitive and inventive market capable of meeting consumer demand while maintaining European sovereignty,” it states.

In other words, it’s about having a choice but also ensuring that the ECB is the first to arrive and that no one else challenges the bank’s authority.

Are digital currencies the future?

The ECB’s announcement demonstrates that central banks are paying close attention to the emergence of cryptocurrencies.

However, before making any decisions or finalising anything, the ECB wants to be certain of important problems. Privacy and compliance are examples of this. However, if policymakers and the powers that be agree, a digital Euro may be introduced in four years.

According to Anders Nysteen, a senior quantitative analyst at Saxo Group, legislative actions “can pave the way for Europe to become a worldwide standard-setter, as well as enhancing the attitude around digital assets” if they are implemented.