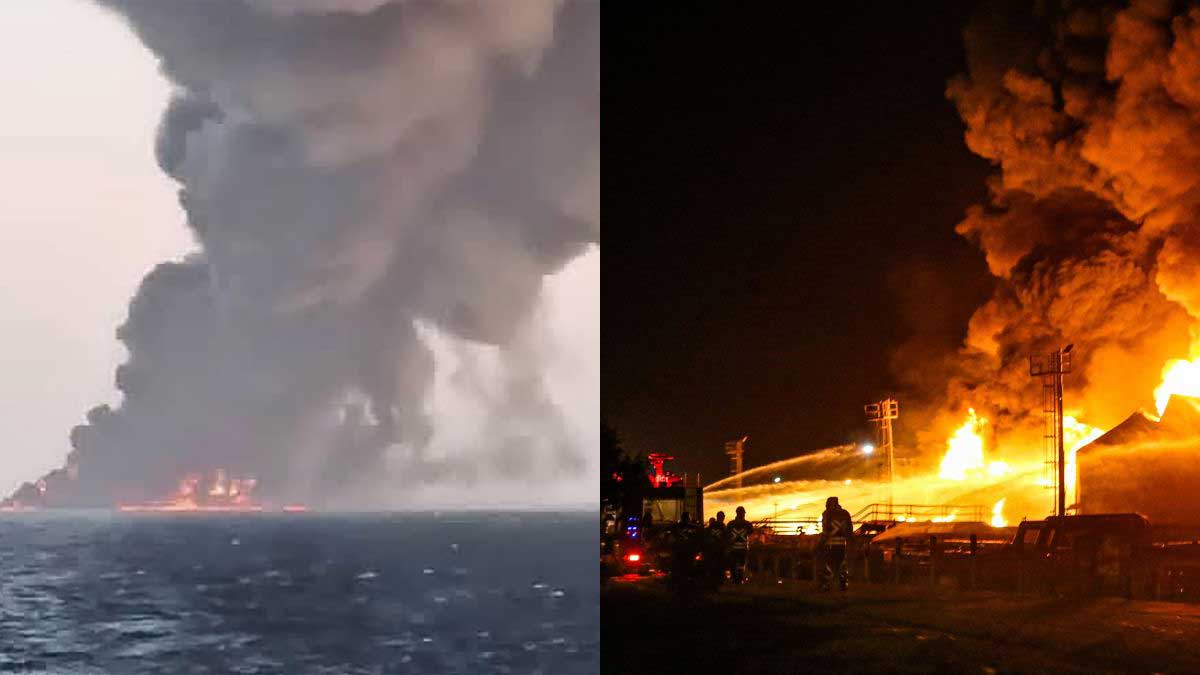 After the first one ravaged and then sank a naval vessel, the Kharg, reportedly the largest ship in the Iranian navy fleet, the second fire erupted Wednesday at a petrochemical plant in southern Tehran, sending up a thick cloud of smoke that could be seen throughout the city.

While it remains unclear why Iran’s largest navy vessel caught fire and sank, the Islamic Republic’s misfortunes at sea continue to mount.

State media reported 33 injuries among the 400 sailors who had to evacuate the ship. Hours later, a massive fire broke out at a state-owned petrochemical refinery near Iran’s capital, Tehran.

It’s not clear what caused the fires, which raised speculation they were the latest in a string of sabotage attacks by Israel.

According to the Fars news agency, efforts to preserve the support ship Kharg, which is named after the island that serves as Iran’s primary oil terminal, were unsuccessful.

According to Fars, the fire started and firefighters attempted to put it out. The navy ship sank at the Iranian port of Jask, some 1,270 kilometres southeast of Tehran, in the Gulf of Oman, at the narrow mouth of the Persian Gulf known as the Strait of Hormuz, under mysterious circumstances.

Sailors wearing life jackets departing the vessel as a fire flared behind them were photographed and posted on Iranian social media. The Kharg was referred to as a “training ship” by state television.

The Kharg is one of the few ships in the Iranian navy capable of replenishing its other ships while at sea. It can also carry big loads and function as a helicopter launch pad. After prolonged discussions following Iran’s 1979 Islamic Revolution, the ship, which was built in Britain and launched in 1977, was accepted into the Iranian navy in 1984.

The sinking of the Kharg is Iran’s most recent naval disaster. A missile accidentally hit a navy vessel at the port of Jask in 2020 during an Iranian military training exercise, killing 19 sailors and injuring 15. Meanwhile, a warship of the Iranian navy lost in the Caspian Sea in 2018.