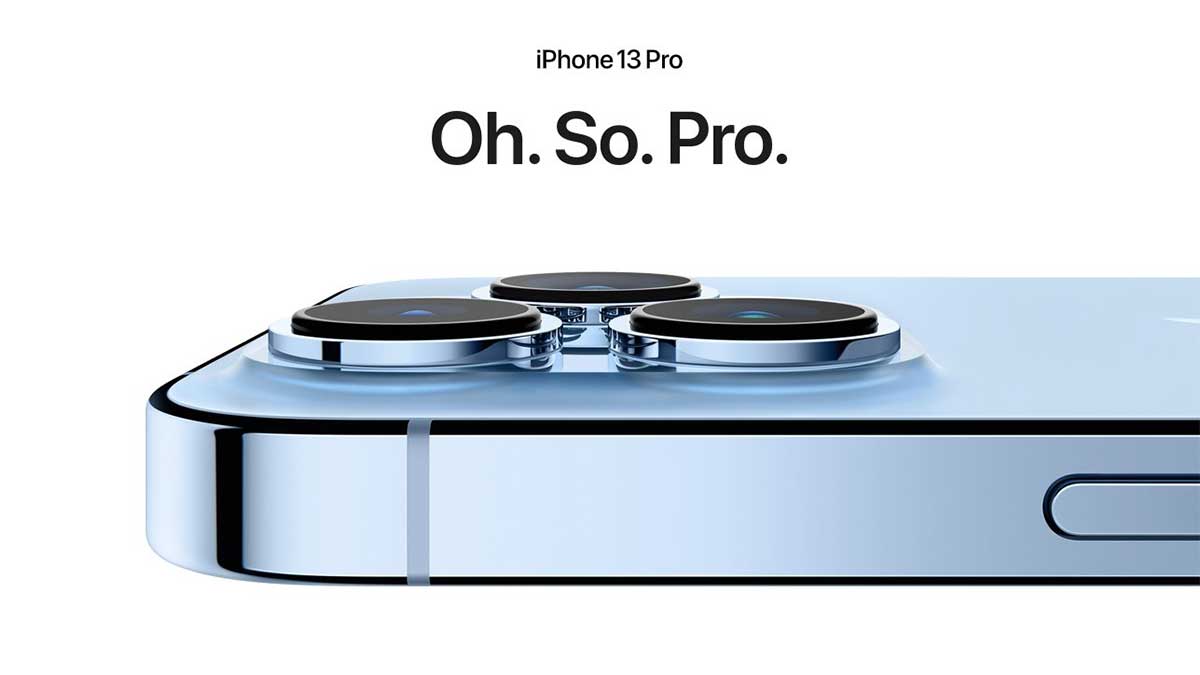 Both versions’ Super Retina XDR displays are the same size as last year, measuring 6.1 and 6.7 inches and supporting variable refresh rates of 10Hz to 120Hz. They have significantly smaller notches, which should give the iOS status bar a bit more room. There will be four colour options for the phones: graphite, gold, silver, and a new light blue.

The phones feature an all-new three-camera setup, according to Apple. Because of its wider sensor, the wide camera should perform better in low-light situations, while the ultrawide camera should benefit from its wider aperture. The phones’ telephoto camera now has a 3x zoom range, giving them a total of 6x optical zoom across all three cameras. Night mode is now available on all three cameras, as well as a new macro-option for photographing items as small as 2cm. Both variants include with sensor-shift optical image stabilization.

On the software part, Apple has unveiled a new Photographic Styles feature, which appears to work similarly to classic camera filters but with a dash of computational photography thrown in for good measure. The cinematic focus feature that was revealed for the iPhone 13 will be accessible on the 13 Pro and Pro Max as well. The iPhone 13 Pro will also be able to shoot in ProRes at up to 4K/30fps, a higher-quality video codec that provides video editors more control over post-production editing. The default 128GB storage option, on the other hand, will max out at 1080p/30fps. ProRes compatibility will be coming “in a future iOS 15 update,” according to Apple.

Both devices are powered by Apple’s new A15 Bionic technology, which features the same CPU and GPU speed enhancements as last year. The CPU should also be speedier for machine learning activities, according to Apple. The 13 Pro’s battery life has also been increased, with the 13 Pro lasting 1.5 hours longer on a charge than the 12 Pro, and the 13 Pro Max lasting 2.5 hours longer on a charge than the 12 Pro Max. The iPhone 13 Pro comes with storage options ranging from 128GB to 1TB, the largest Apple has ever given on a phone. Support for more bands has also been added to 5G performance, according to Apple, which could improve coverage.

This is the third year in a row that Apple has divided its flagship phone lineup into normal and “Pro” models. Many reviewers said there wasn’t much of a difference between the iPhone 12 Pro and the iPhone 12 last year. The iPhone 12 Pro sported a telephoto camera, lidar sensor, and more RAM and base storage than the standard iPhone 12, but the basic design, processor, 5G capabilities, and OLED display were all similar, if not identical, to the regular iPhone 12.