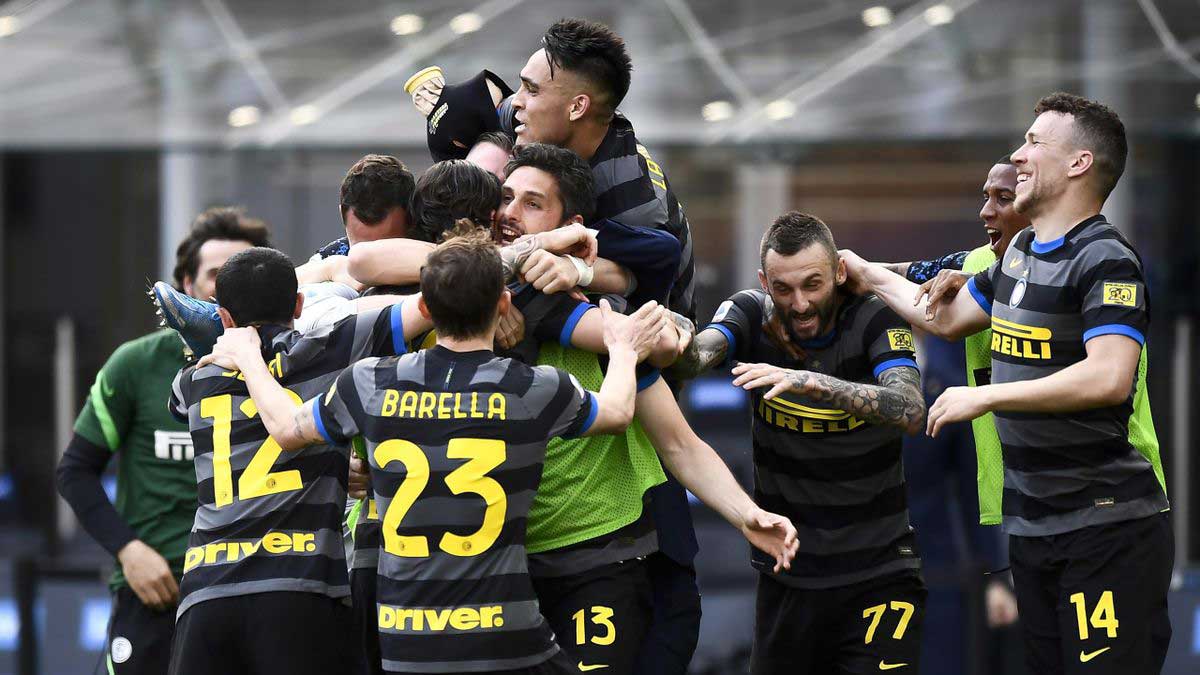 Inter Milan were crowned Serie A champions after a 1-1 draw with Atalanta in Sassuolo on Sunday.

The Nerazzurri have won the League title for the first time since their treble-winning season in 2009-10.

Since the turn of the year, Antonio Conte’s team has surged ahead of the early pace-setters, Milan, by 13 points.

Inter won 2-0 at Crotone on Saturday, leaving Atalanta with just a victory over Sassuolo to prevent them from celebrating.

Read more: 5 most comprehensive apps for everything football

Luis Muriel had a chance at keeping the title chase race alive when he won a penalty after a foul that earned Marlon Santos a second yellow card, but Andrea Consigli saved his clumsy attempt.

The Nerazzurri have won their 19th Scudetto, putting them ahead of Milan into second position behind Juve (36 titles).

Conte’s men have matched their points (82) and clean sheets (14) from last season, when they finished a point behind the Juventus.

Juve’s attention in the final weeks of the season has shifted to merely qualifying for the Champions League, as they were outside the top four heading into Sunday’s game at Udinese.