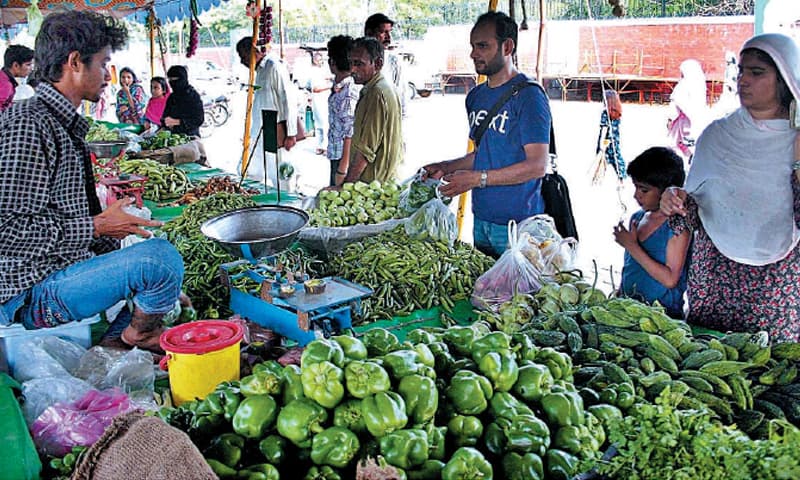 The consumer price index inflation rate slowed to 8.2 percent in May year on year in Pakistan.

On Monday, the bureau of statistics said that the rate of the consumer price index slowed down to 8.2 in May across the country. In April, the inflation rate was 8.5 then changed to 10.94 percent for the period of July to May in 2019 to 2020.

CPI peaked in January, registering 14.56 percent year-on-year. 34.5 in the overall number of weight of food inflation. It was 12.24 percent year on year in May whereas, the inflation of transport was recorded at 7.46 percent for the same period of time. Moreover, in line with global prices, petroleum prices have been fallen radically in the whole country within the last few weeks.

Prime Minister Imran Khan has reduced the price of all petroleum products except high-speed diesel. It has been done so to partially pass the impact of enormous international price reduction to the masses. The prices will remain the same until June. The government has also increased the rate of petroleum tax on petrol by more than 26 percent to wipe up the supplementary windfall revenue of approximate rupees 6.5 billion.

The tax on petrol had increased from rupees 23.76 per liter. Its maximum permissible limit is of rupees 30 per liter.

PM Imran Khan tweeted; “We have further reduced petrol, light diesel oil, kerosene oil prices. Now we have the cheapest fuel cost compared to other states in South Asia. India is almost exactly double. Bangladesh, Sri Lanka & Nepal are all 50 to 75 percent more expensive than us.”

We have further reduced petrol, light diesel oil, kerosine oil prices. Now we have the cheapest fuel cost compared to other states in South Asia. India is almost exactly double. Bangladesh, Sri Lanka & Nepal are all 50 to 75 percent more expensive than us. pic.twitter.com/oD9wVMcZno