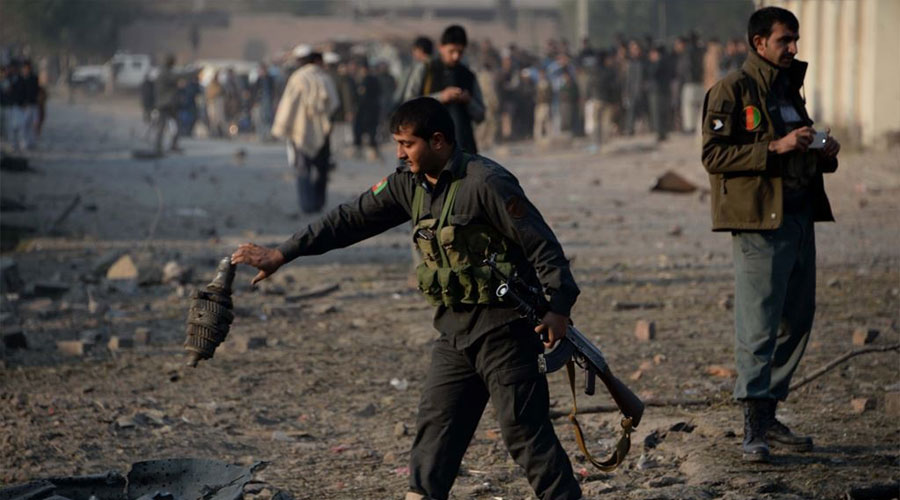 The recent surge in violence against civilian targets in Afghanistan has set off debate and experts are questioning the fate of the US Taliban peace deal.

7 Afghan laborers killed by a bomb blast in Khan Abad, a district of Kunduz. The poor laborers were traveling in a small truck, which blasted by a bomb, fitted at the roadside. No group so far took the responsibility of the blast. Six people also got injured, two are in critical condition. Provincial Governor has accused the Taliban for the blast.

Earlier this year, United Nations released a report that said that more than 10,000 people were killed or wounded in the Afghanistan war in 2019 alone.

Violence has increased after the US Taliban landmark peace agreement signed in February, which put an end to the two decade long Afghan War. The agreement paves the way for the withdrawal of all foreign forces US and NATO by May 2021.

Moreover, Zalmay Khalilzad, the special representative of the USA for Afghanistan expressed the hope that the peace process between the Afghan government and the Taliban would start soon and if things remained favorable, American President Donald Trump could call back the troops from Afghanistan before the scheduled departing time. Mr. Khalilzad further said that around 2400 Taliban prisoners have been released and the Taliban released around 400 prisoners which is big progress.

A report, submitted in the UN claims that despite the peace deal, the Taliban are still in coordination with the Al Qaeda. Another recent report by the independent sources also claims that the Taliban still keep their contacts with some terrorist groups.

Meanwhile, some positive news has also emerged regarding trade between Afghanistan and Pakistan. Pakistan formally allowed transit trade to Afghanistan via Gwadar port.