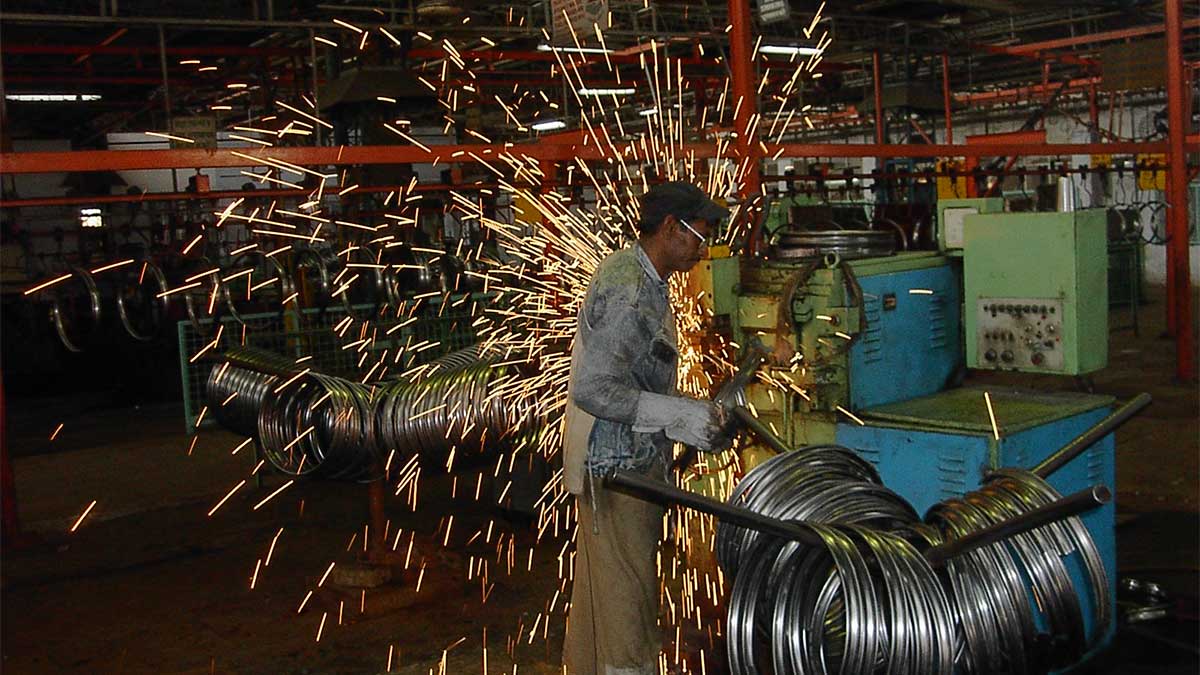 Industrialists are going to slash 15-20% jobs after Eidul Fitr in the wake of slowdown in industrial production amid difficult condition of the country due to coronavirus pandemic.

On Saturday, industrialists announced to reduce 15-20% jobs after Eid. The estimated number of layoffs, of 15-20%, translates into millions, considering the industrial sector of the economy provides jobs to around 21% of the total labour force.

“Initially, we estimate 15-20% layoffs after Eid, however, the actual number of layoffs may be much higher than the initial estimates,” said Employers’ Federation of Pakistan (EFP) former president Majyd Aziz.

He estimated the number in light of his discussion with fellow industrialists. “Around 99% of textile processing industries in SITE industrial area (of Karachi) have halved their production time to 12 hours a day compared to 24 hours a day a few months ago,” he said.

It is worth mentioning that Pakistan’s textile factories operated at 100% or full capacity for a few months in the recent past after they scored lofty export orders.

A lot of countries around the globe placed orders with Pakistani textile firms due to low infection rate in Pakistan as compared to rising cases in regional nations like China, India, Vietnam and Bangladesh.

He added that business confidence was on the deterioration after January 2021 as well.

“Industrialists were bullish during October 2020 to January 2021 (when Pakistan received huge amount of textile export orders),” he said.

“Industrialists may face shortage of working capital and other funds to pay salaries to workers after Eid, as factories would remain close for about 10 days,” he said.

At the initial stage, it was Covid-19 which knocked peoples’ livelihoods as they were not prepared to deal with it. “Over three million people have lost jobs and around 10 million more people have fallen below the poverty line in Pakistan during the pandemic,” former finance minister Miftah Ismail said, citing Economist Dr Hafiz Pasha.