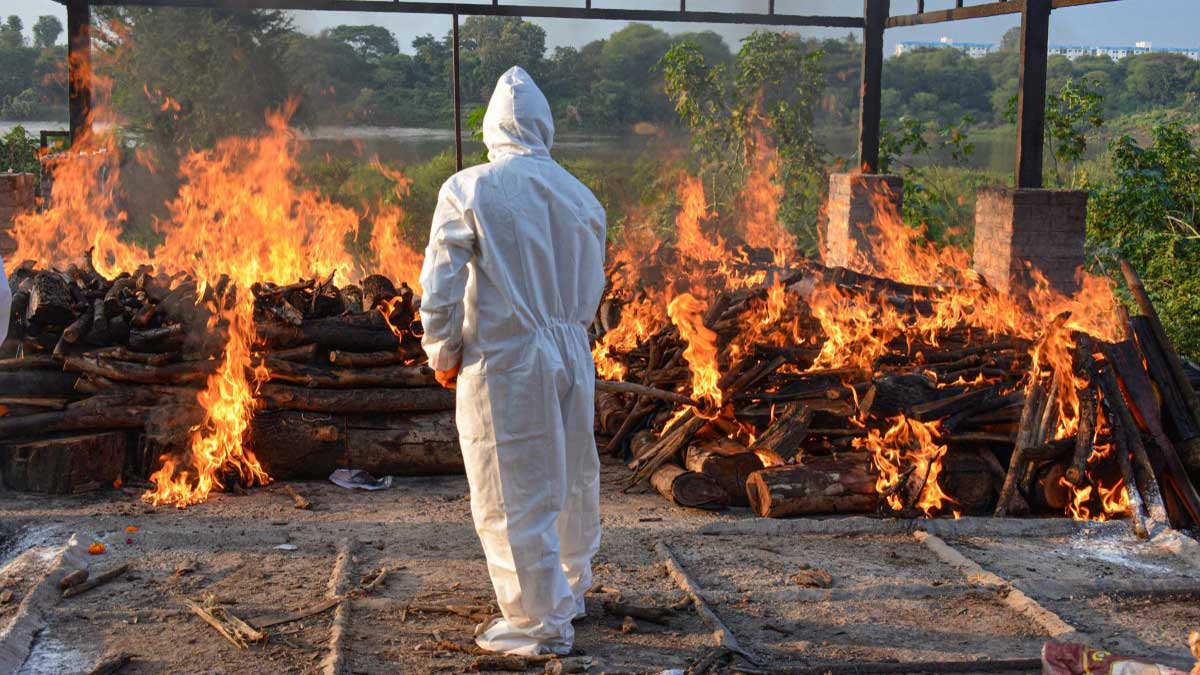 In India, a record-breaking increase in Covid-19 infections has overburdened hospitals, resulting in the worst bed and oxygen crises.

A central concern is whether B.1.617, a new variant with potentially dangerous mutations, is behind the world’s fastest-growing epidemic, which has added over 300,000 new infections.

The B.1.617 version has already been discovered in the United States, Australia, Israel, and Singapore, among other places. Because of this, some nations, including the United Kingdom, have placed travel restrictions on India.

Viruses evolve over time, and the one that triggered Covid-19 has undergone thousands of mutations, some of which are more troubling than others.

In October, India sent the B.1.617 genome to the GISAID global database for the first time.

The variant was first identified by India’s health ministry in late March, when it was discovered in 15-20 percent of samples from the worst-affected state of Maharashtra.

In recent years, the figure has risen to 60%.

As per GISAID, the variant has been observed in 18 other countries as of this month.

The World Health Organization has classified B.1.617 as a “variant of concern.”

Other variants found in Brazil, South Africa, and the United Kingdom have been labelled “of concern” because they are more transmissible, virulent, or have the potential to reduce antibody efficiency.

The first notable mutation is identical to another (E484K, also known as “Eek”) that has been found in South African, Brazilian, and, more recently, UK forms.

Since it lets the virus get past the body’s immune system, the “Eek” has been dubbed a “escape mutation.”

A Californian research discovered the other notable mutation to be an effective spreader.

Further evidence is required, according to scientists, to decide whether these mutations make the B.1.617 variant more harmful.

Are vaccines effective against it?

According to University of Utah evolutionary virology researcher Stephen Goldstein, one of the mutations is similar to “Eek,” which is suspected of reducing antibody resistance against a previous infection or vaccination.

Scientists were evaluating vaccine efficacy against the variant, according to Rakesh Mishra, director of the Hyderabad-based Centre for Cellular and Molecular Biology.

Despite this, experts believe Covid vaccines provide some defence, especially in worst cases.

Mishra believes India needs to monitor its outbreak because more variants appear as there are more infected hosts.

Another variant, B.1.618, recently raised eyebrows when it was discovered to be the third most frequently in India.

Despite the existence of a more transmissible variant, the UK was effective in turning around a recent outbreak, according to Goldstein.
“It can be difficult, but it is possible,” he told AFP.

“I believe the vaccination programme was beneficial… The lockdown, however, allowed them to slow the increase in cases and begin to turn the corner.”