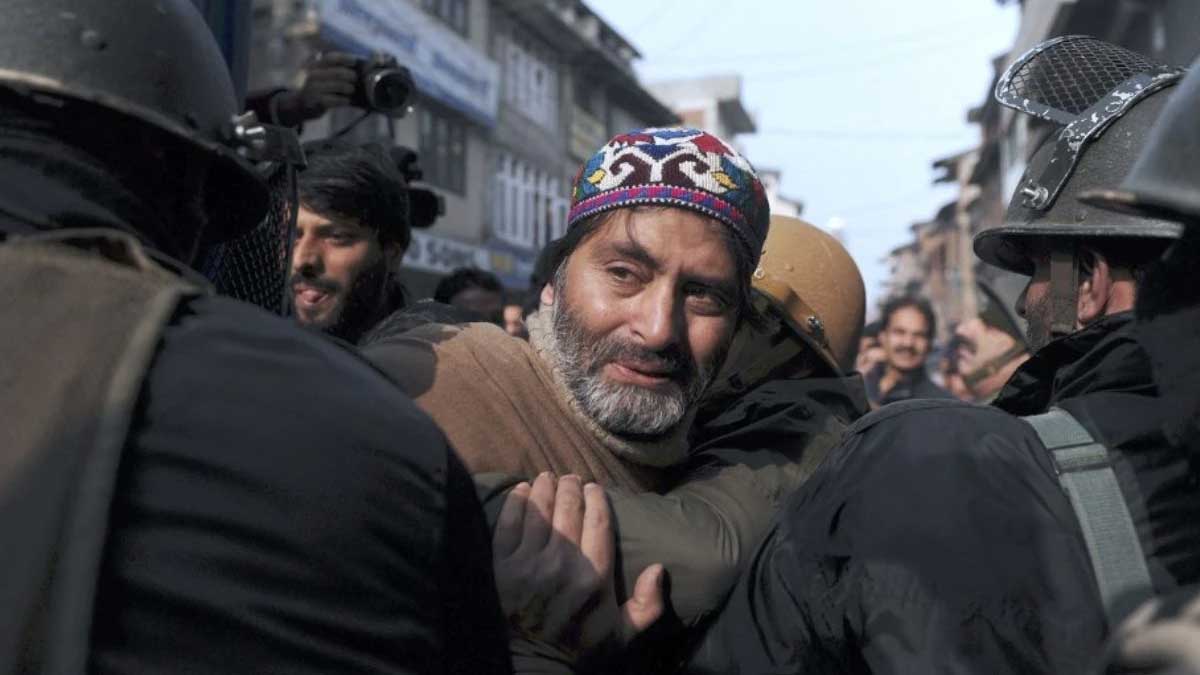 Indian security forces have martyred six freedom fighters in the Indian occupied Kashmir in the past 24 hours following the conviction of Yasin Malik.

In a terror funding case, an Indian court sentenced Kashmiri independence fighter Yasin Malik to life in jail, according to Indian media.

According to the Times of India, the National Investigation Agency (NIA) had sought the death penalty for the Kashmiri politician and chief of the Jammu and Kashmir Liberation Front (JKLF), but the court instead sentenced him to two life sentences.

Two life sentences and five 10-year sentences of harsh imprisonment were handed down by the NIA court. A one-million INR fine has also been imposed on the Kashmiri leader.

Last week, the Hurriyat leader was found guilty in the terror-funding case after pleading guilty to all counts, including those under the Unlawful Activities Prevention Act (UAPA).

The Hurriyat leader was arrested by the Indian authorities in 2019, the same year that the special status of Indian-occupied Kashmir was withdrawn.

“Indian kangaroo court delivers judgment in minutes,” she tweeted. “The renowned leader will never give up.”

Prime Minister Shehbaz Sharif responded by saying that “this is a black day” for Indian democracy and the legal system, adding that regardless the order, Malik’s symbolism of freedom could never be imprisoned.

In a scathing tweet, the prime minister stated, “Life imprisonment for courageous freedom warriors would bring additional fuel to Kashmiris’ claim to self-determination.”

“Such oppressive tactics will not deter the people of Kashmir from fighting for their right to be free from Indian occupation. We support them in their desire for self-determination in accordance with UNSCRs “he added.

Foreign Minister Bilawal Bhutto-Zardari strongly condemned the unjust sentencing of the Hurriyat leader in a sham trial in a message on Twitter.

“India will never be able to stifle Kashmiris’ calls for independence and freedom. Pakistan stands by its Kashmiri brothers and sisters and will continue to help them in their rightful cause “he added.