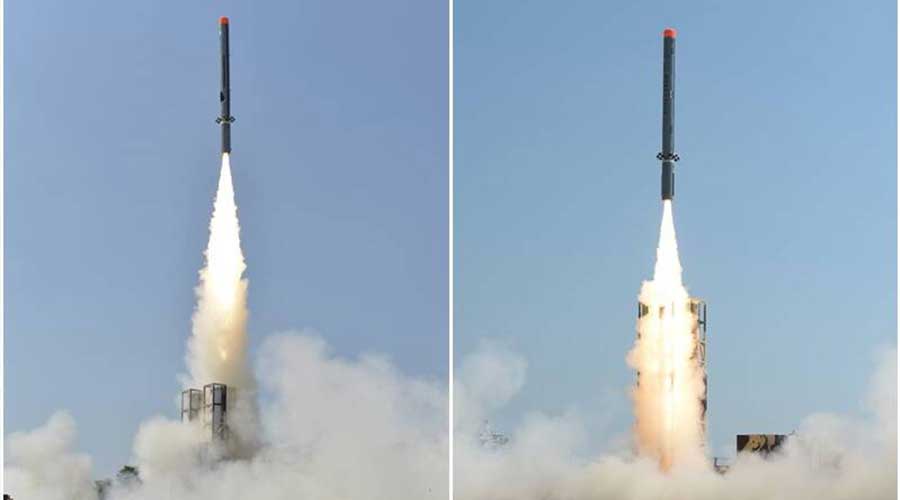 The test of Indian “Nirbhay” land-attack cruise missile (LACMs) which is designed to carry warheads failed for the fourth time on Wednesday.

The Nirbhay is India’s first indigenously produced cruise missile. The missile is similar in appearance to the U.S. Tomahawk and the Russian Club SS-N-27 with its cylindrical fuselage.

All the tests of the subsonic missile, which is prepared to cover a 1,000 km range have failed to meet the desired parameters.

As quoted by Times of India “The test was an utter failure, with the missile veering to the right within two minutes of take-off.”

According to the reports, the first test of the missile was conducted in 2013 which was completely failed. The second test of the cruise missile was a partial success in 2014 but it did not serve the purpose. In 2015 the test was again conducted but it failed miserably.

As per the functioning the Nirbhay cruise missile had destroyed in mid-air after it diverged from its flight track along the coast in the Bay of Bengal right after launch from the Integrated Test Range at Balasore, off the Odisha coast about noon on Wednesday.

The India Armed force is already equipped with the BrahMos cruise missiles which they developed with the help of Russians and it can only cover 290 kms and has the capability of carrying conventional warheads. However, they wanted to increase more firepower which eventually failed.

The Nirbhay which is a stealth missile and it is almost a decade since the work on it started but still the Indians could not complete the project which was demanded by the Indian army for nuclear tipped land-attack cruise missiles adaptable enough to be fired from air, land and sea. The Nirbhay LACM was built to counter the Pakistani Babur LACM.

The Nirbhay cruise missile was designed to float at low elevation in order to evade radar and missiles defence system. In the report, the Nirbhay, after the early explosion off with a solid-propellent booster engine, is supposed to deploy its smallish wings and tail fins in the next stage in order to fly like an aircraft.

“The missile, which flies at a speed of 0.6 to 0.7 Mach and carries a 300-kg warhead, is designed to be highly maneuverable with “loitering capabilities” to first identify and then hit the intended target.”