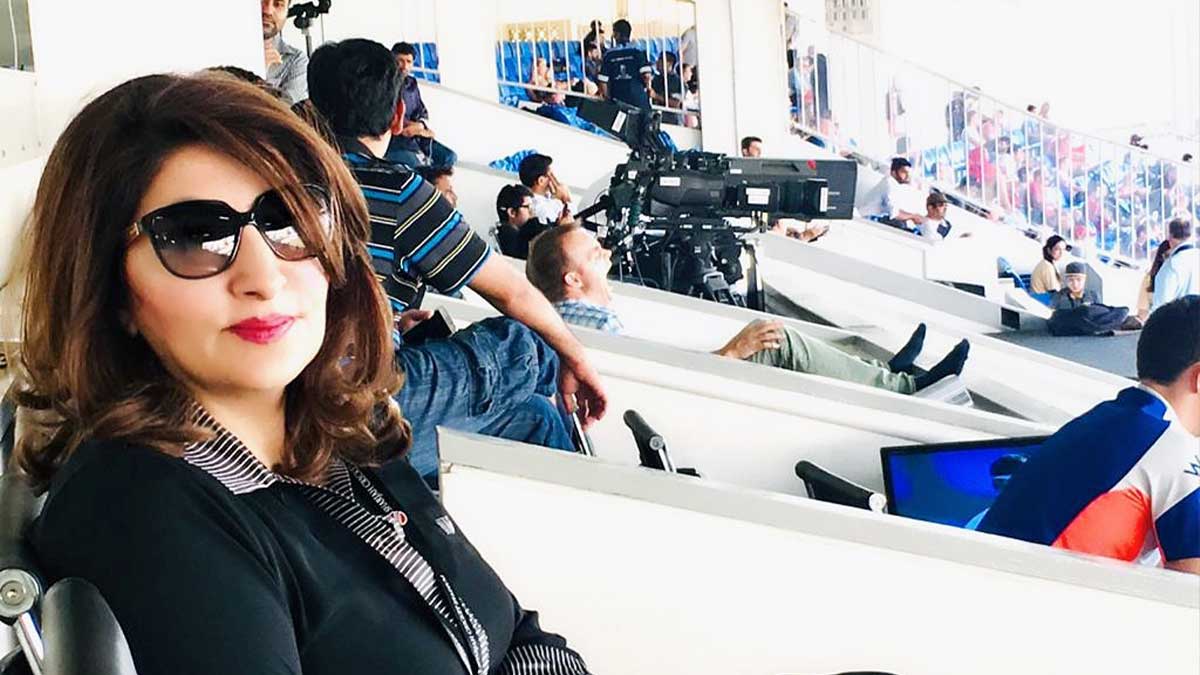 The sports journalist Aalia Rasheed has been praised from Indian media for her stellar contribution to the development of broadcasting in Pakistan.

The publication, Sportstar, mentioned Aalia among the other recognized faces of extremely competent work in the field and acknowledged her work to break down the challenges that “include social barriers, taboos, gender insensitivity, a pervasive sense of disbelief that a woman can be an expert on a sport like a cricket without being immodest.”

She was not only lauded by the Pakistan team with the 1992 World Cup trophy rather she had been assigned the task of getting an interview with skipper Imran Khan.

“Impossible,” she was warned by her male colleagues. But Aalia Rasheed, despite running a mild fever, was to do something spectacular that day.

Read more: Many felt that a woman cannot talk about sports: Zainab Abbas at TEDx Talk

She simply climbed onto the truck carrying some of the players. Even as Javed Miandad shouted, “Aalia, Pagal Ho Gayi hai kya (have you gone crazy)?” she forgot her “dupatta, handbag, Roza and fever” and pulled off an interview with Imran that went on air and was splashed the next day in The News”.

While giving an interview to the publication, Aalia confessed that it was challenging at times to make space in a field that is connected with men.

“As a woman, I had to counter an inherent presumption that men know more about sports. The pressure of being a female was immense initially. While the public at large appreciated it, specialists, including players in the field, didn’t, if I may say so. Sexist remarks, flirtation from those you get in contact for information including some players, administrators, and sadly from amongst your own colleagues is a constant pressure being a female working in a field dominated by men.”

“I was no exception to this rude behavior, but I remained steadfast. The initial days were very challenging, but with the growth of television, more and more space has been created for women to enter the field once reserved for men only.”