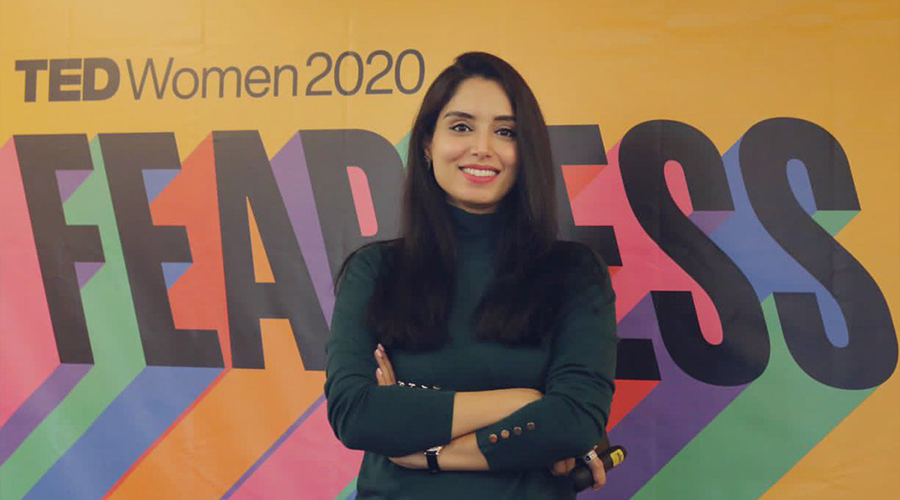 The show was titled “The missing sportsmanship in sports,” sports presenter Zainab Abbas talk was a part of Fearless, a virtual event that features a line-up of live speakers as well as prerecorded talks given by TEDx Lahore Women.

Talking about why she chose to be associated with sports, she said that growing up, it had always been her passion to play sports, predominately cricket.

“The idea of sportsmanship stems from the fact that sport is generally and equalizer irrespective of gender, race, or skin color. It focuses on your talent, skills, strength, and above all, meritocracy,” she said.

Speaking of her journey, Zainab recalled how growing up she had always been vehement about playing sports, especially cricket in the company of her cousins.

“The idea of sportsmanship stems from the fact that sport is generally an equaliser, independent of gender, race, or skin colour. It focuses on your talent, skills, strength, and above all, merit,” she remarked.

Zainab received the opportunity of auditioning for a World Cup event in Pakistan, albeit, the interviewers doubted her knowledge of sports based on her gender.

“I did not have a mentor, I was not a TV buff and I was just following my dream and passion. When I did enter the field, there were a lot of people who made fun of me because they believed that a woman cannot be talking about sports,” said Zainab Abbas during her TEDx talk.

Zainab had experienced first-hand discrimination from her colleagues, who hurled allegations against her for ‘imitating content’ and judging her existence as a sports presenter on the basis of ‘nepotism’.

“Focus is the one thing that kept me going even in times of adversity. There was also a time when some of the cricketing legends that I looked up to, refused to give me an interview due to my gender.” Zainab confessed how heartbreaking her experience was because as a child these were the heroes that she looked up to.

She concluded by acknowledging inclusivity as true sportsmanship. “I think the world was just not prepared. They were not used to seeing a woman taking the lead in this field that has been helmed and represented by men for so many years.”