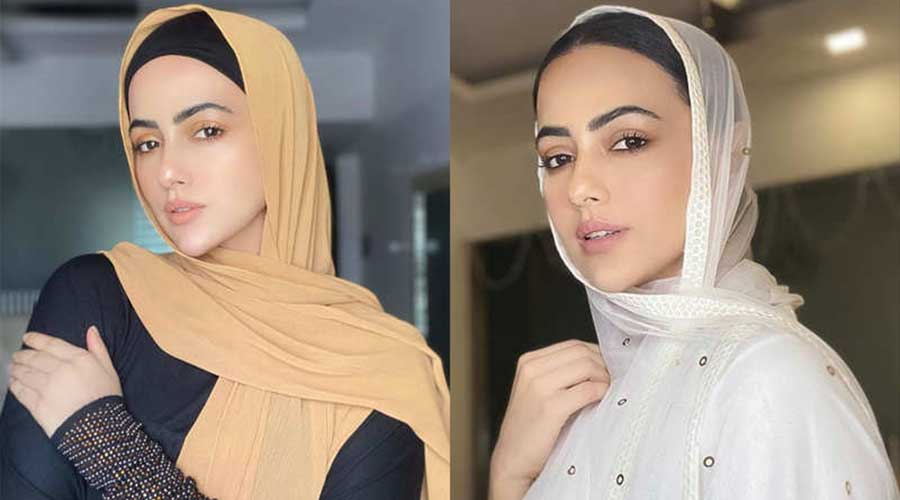 Sana Khan, who has worked in several Indian films and hit television shows, took to social media to declare that she is quitting the world of showbiz in order to serve humanity and follow the path of her Creator.

This announcement was made on 10th October, in Hindi, English and Urdu language by the 33 years old actress who mentioned that she was grateful for whatever she had achieved in her career so far.

“Today I am talking to you standing at a crucial juncture of my life. For years, I have been living the Showbiz (film industry) life, and during this time I have been blessed with all kinds of fame, honor and wealth from my fans for which I am grateful to them,” Khan wrote on social media.

The actress further said: “But for a few days now, I have been possessed of the realization that: Is the real purpose of man’s coming into this world only to chase wealth and fame?”

“Isn’t it a part of his/her duty to spend his/her life in the service of those who are needy and helpless? Shouldn’t a person think that he/she could die at any moment? And what will happen to him after he/she is no more? I have been searching for answers to these two questions for a long period of time, especially the second question as to what will happen to me after my death?,” Sana Khan said in her bid adieu post of quitting showbiz industry.

Religious well-known scholar Maulana Taqi Usmani congratulated her for quitting Showbiz by posting on twitter, “Congratulations to Bollywood actress Sana Khan for turning her life towards the pleasure of Allah Almighty and setting an example of courage and determination.”

“May Allah Almighty grant her perfect perseverance and help her step by step and help her in this world and the hereafter,” he added.