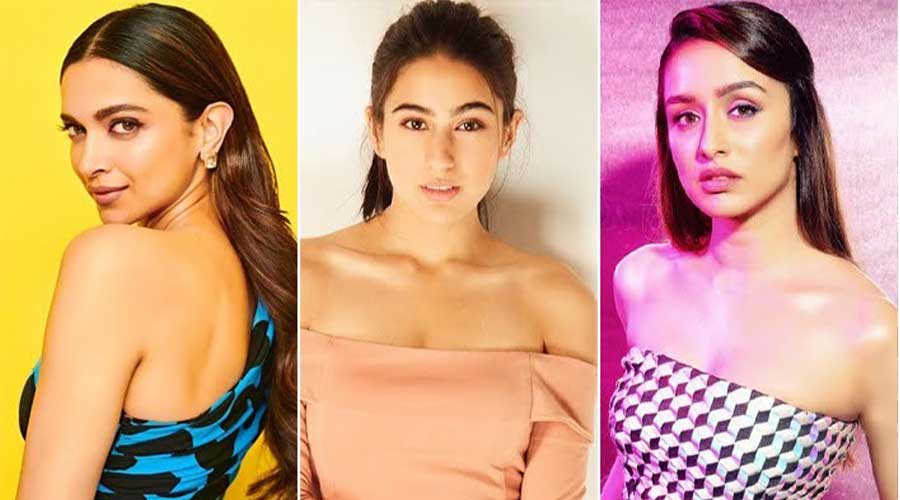 The Bollywood’s divas Deepika Padukone, Shraddha Kapoor and Sara Ali Khan are under a lot of criticism after the drugs scandal and here is how their families are reacting to the shocking news.

Deepika and husband Ranveer Singh are deemed the powerhouse of Bollywood industry, the couple is known to be very passionate and does not let anything come between them which raises clash.

The whole new disaster had brought couple closer than before, as there are reports that the Bollywood star is more caring and demonstrative to Deepika Padukone than the past.

According to reports the Ram-Leela couple also met with a team of lawyers at their residency, who assisted Deepika to prepare for Narcotics Control Bureau’s questioning.

Meanwhile, the Shraddha Kapoor’s family is also distancing themselves from the attention during the current situation as neither Shraddha nor her family member have been seen after the controversy arose.

However, Shraddha Kapoor is getting called by the NCB for investigation and on the other hand, her father the veteran actor Shakti Kapoor is being selected as an NCB officer in an upcoming movie which is related to Sushant Singh Rajput movie “Nyaay”.

In this whole controversy of Deepika, Sara and Shraddha being questioned by the CBI, the toughest reaction came from Nawab family as Sara Ali Khan’s father Saif Ali Khan excluded himself from the entire mess and also scolded daughter along with his ex-wife.

After all the family drama, Sara’s grandmother, Sharmila Tagore stepped in to help her clear her name from the scandal.

In addition to the story, there are also reports emerging regarding Saif Ali Khan that he is distancing himself from this matter by taking his wife Kareena Kapoor along with his son Taimur and flown off to Dubai.