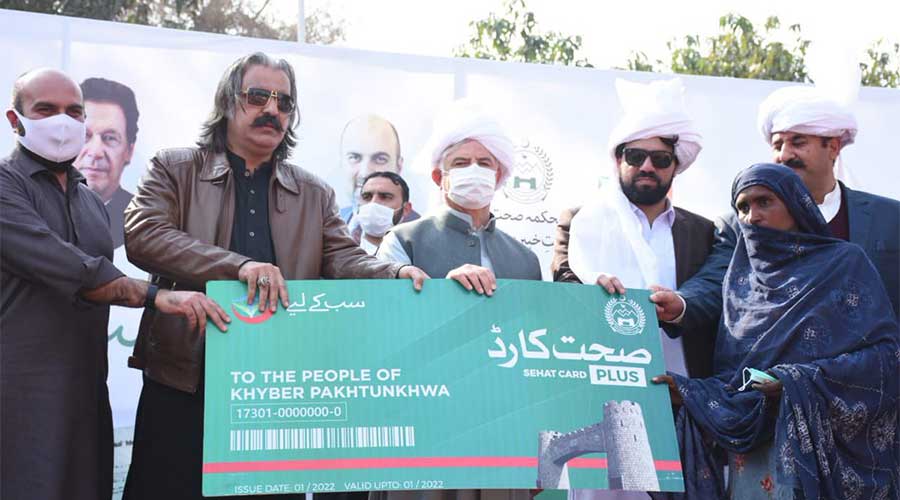 Khyber Pakhtunkhwa (KP) has become the first province in Pakistan to extend free healthcare facilities to all its citizens with the extension of Sehat Card Plus scheme.

While talking to the media, Chief Minister Khyber Pakhtunkhwa (KP), Mahmood Khan said that KP will become the first province to have universal coverage of health insurance for 100 percent population. The Sehat Card Plus scheme would immensely benefit over 6.5 million families and 40 million citizens of Khyber Pakhtunkhwa.

The CM further said that the sehat card scheme has been extended to the Dera Ismail Khan and Tank districts in the first phase. He added that people of the province can have a greater benefit from this scheme as kidney and liver transplant facility is also included in it.

“Today, big provinces are following a small province. I feel that credit [for this] goes to all of us, to myself, to the cabinet ministers and to you, the people of KP,” said Mahmood.

Before launching Sehat Card, on Sunday night, the Chief Minister tweeted, “With tomorrow’s launch of Sehat Card in Southern Districts we’ll become first province to have universal coverage of health insurance for 100% population. It’s a big step towards achieving the dream of welfare state on pattern of Riasat-e-Madina as envisioned by Imran Khan.”

PM took to Twitter and posted, “Congratulations to KP govt for making KP first province in Pak with Universal Health Coverage for all KP-domiciled citizens. 40,000,000 residents covered with free health insurance. Free treatment upto Rs1,000,000 per family per year in over 400 govt/private hospitals across Pak.”