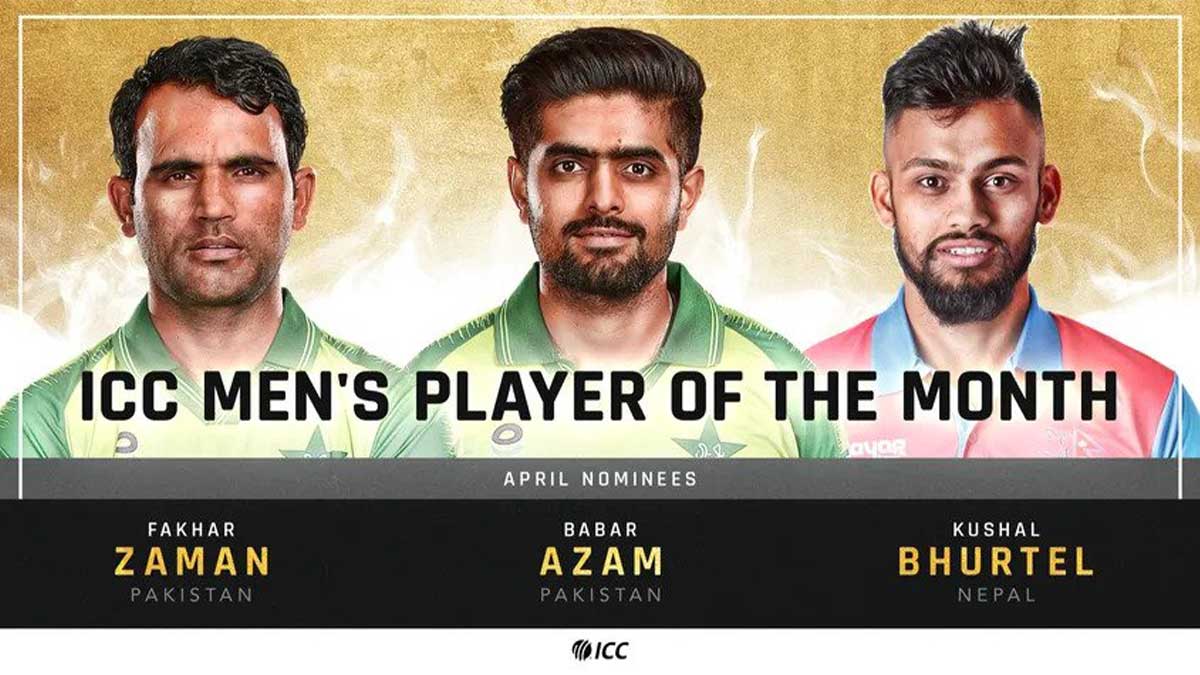 The International Cricket Council (ICC) has named Pakistani captain Babar Azam and left-handed batsman Fakhar Zaman for the “Player of the Month” award, just weeks after the two gave outstanding performances in the away series against South Africa.

On Wednesday, the International Cricket Council (ICC) revealed the nominations to honour outstanding achievements by both male and female cricketers in all types of international cricket.

Apart from Babar and Fakhar, Nepalese batsman Khushal Bhurtel was named as one of the men’s category nominees for Player of the Month.

According to the new ICC ODI rankings, Azam dethroned Indian captain Virat Kohli to become the top-ranked ODI batsman in the world.

The Pakistani skipper Babar Azam now leads the ICC’s ODI rankings for the best batsman, while India’s captain is second.

After scoring 228 runs in the ODI series between Pakistan and South Africa, the Pakistan captain moved to the top of the table.

For his extraordinary 122 off 59, Babar Azam has been named Player of the Match 🏅

Fakhar Zaman was also in excellent form. In the ODI series against South Africa, he hit two consecutive centuries, including an incredible 193 in the second ODI’s run chase.

In the three-match ODI series, he scored 302 runs at an average of 100.66. His brilliant batsmanship earned him the Player of the Series trophy, propelling him to a career-high seventh place in the ICC ODI batsman rankings.

However, Fakhar had an disappoiniting T20I season, scoring 110 runs at an average of 22.00 in six matches in April.

For his brilliant performance, Fakhar Zaman has been named the Player of the Series 👏#SAvPAK pic.twitter.com/BeZb5PR8MQ