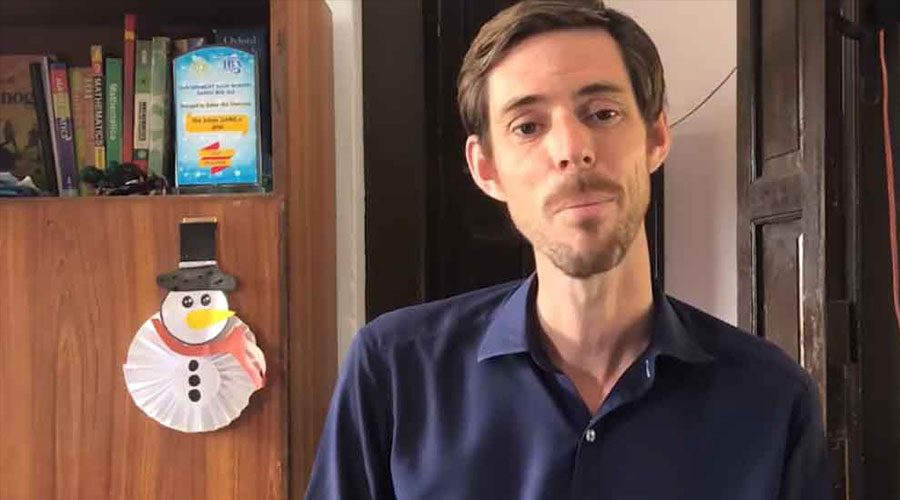 The amazing tale of a British traveler who settled in Sindh and now teaches English at a local school for the last 10 years.

This Ayaz Latif Paleo, a famous politician posted on social media about the young British Steve, who belongs from UK Wales. He teaches English to kids in a remote rural school of Sindh for the last 8 years. He is a British settler who became a teacher here.

He is serving humans and surely there is nothing above humanity. He is full of commitments for education and has high command in the Sindhi language. In the video that was posted, he says “Yes, its hot here in Sindh, but people are good here too. The people give good response and students have a keen interest in studying. This is why the weather is not a big problem for me. I came to Sindh to travel but people gave me love and I wanted to give back to them by giving them education,”.

In another interview, he said that once one of his students invited him to his home wherein that village, everyone was speaking Sindhi, after that he decided to learn the Sindhi language. In the end, he said that he enjoys living in Sindh and people here are welcoming.

Steve came here 10 years ago. He started teaching English here to local people and also he learned Sindhi while living among the people of Sindh. He not only teaches English but also makes wooden furniture for students and his students help him out.