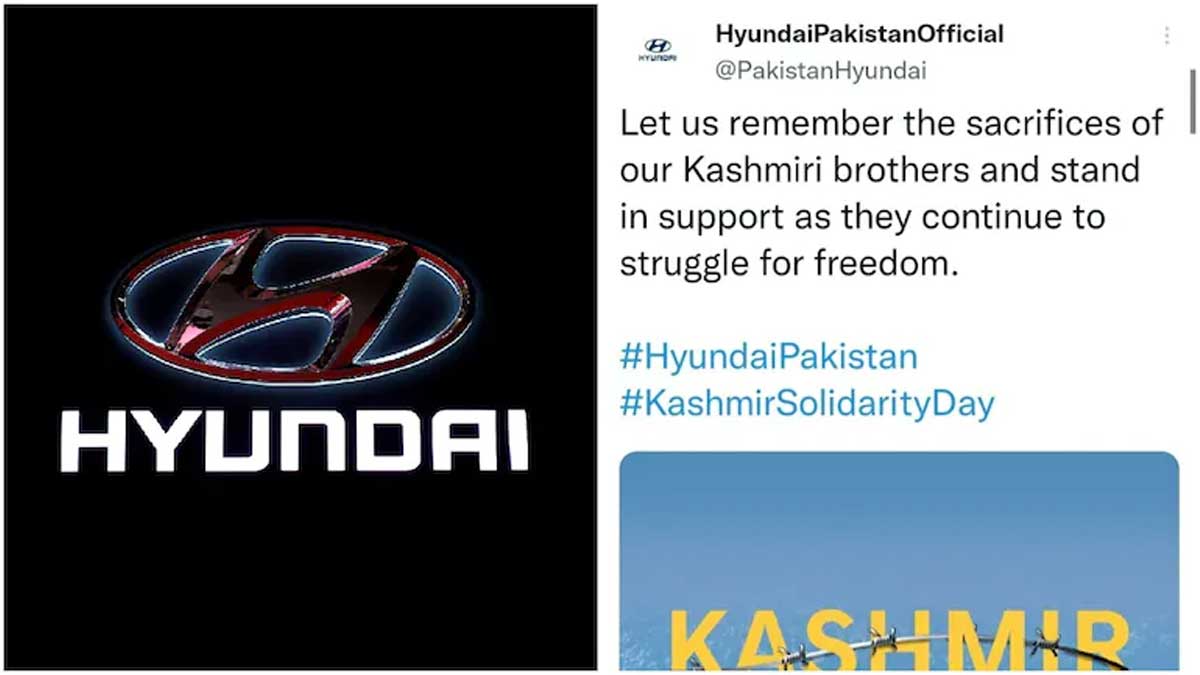 Indians were outraged by a tweet from Hyundai Pakistan that expressed support with the people of India’s illegally occupied Jammu and Kashmir, prompting demands for a boycott of Hyundai cars on Monday.

The issue arose on Sunday, a day after Pakistan marked its annual Kashmir Solidarity Day, with posts from Hyundai’s partner Nishat Group on Twitter, Facebook, and Instagram honouring Kashmiris fighting for self-determination.

Hundreds of Indians have expressed their desire to cancel Hyundai car orders in order to punish the manufacturer after they posted tweets on Kashmir solidarity day, while pushing support for domestic brands such as Tata Motors.

Hyundai’s India unit responded by stating that it has a “zero tolerance policy regarding insensitive communication” and “strongly condemns any such view.”

“The unexpected social media post tying Hyundai Motor India to this wonderful country offends our unequalled devotion and service to this great country,” it stated, adding that it stands by its “strong culture of respecting nationalism.”

Hyundai is India’s second-biggest car seller, trailing only Maruti Suzuki, which sold about half a million vehicles in the country last fiscal year and exported over a million, making it the country’s top motor exporter.

Meanwhile, Hyundai’s stock dipped 1.25 percent on Monday, underperforming the benchmark index in Seoul. However, the major reasons for the loss were worries about a record number of Covid-19 cases in South Korea, as well as persistent fears about a global chip shortage affecting production and sales.

The controversy over the social media post illustrates the challenges that global corporations confront in the face of increasing nationalism in the region.