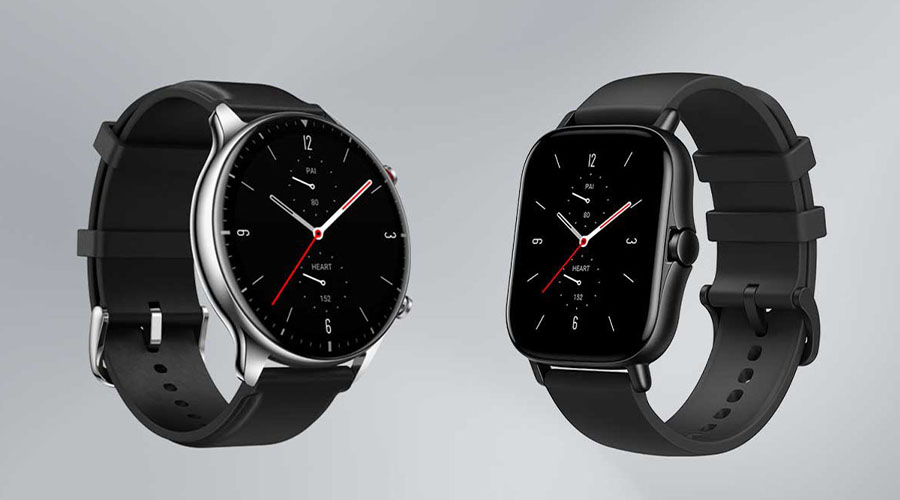 Amazfit released its latest new series of smartwatches, the GTS 2e and GTR 2e after debuting the series with the GTS 2 and GTR 2 on September 22.

Xiaomi’s subsidiary Huami released successors to the highly popular GTR and GTS smartwatches. The new watches have mostly the same features as their older models with but come with a lower price tag, and some compromises in specifications.

Newer versions with longer battery life and a lower price tag are now available for the new GTR 2 and GTS 2. They trade off WiFi access and rely only on the connection of the phone for that.

The GTS 2e comes with the same 246 mAh battery, however, it can now keep on going for 14 days on normal use whereas 24 days of usability on Basic Watch mode. This is because it skips WiFi access, as stated earlier.

The GTR 2e’s battery power is still 471 mAh, but the battery life for everyday usage is now 24 days, up from 14 days for the regular GTR 2. In Simple Watch mode, battery life can be up to 48 days. It now comes in three sporty colors, missing the Classic theme, but keeping the circular AMOLED display.

All else remains the same when it comes to exercise and syncing features.
The Amazfit GTS 2e and GTR 2e smartwatches will both go on sale in the last week of December for just $120, and the global release is likely to follow in January.