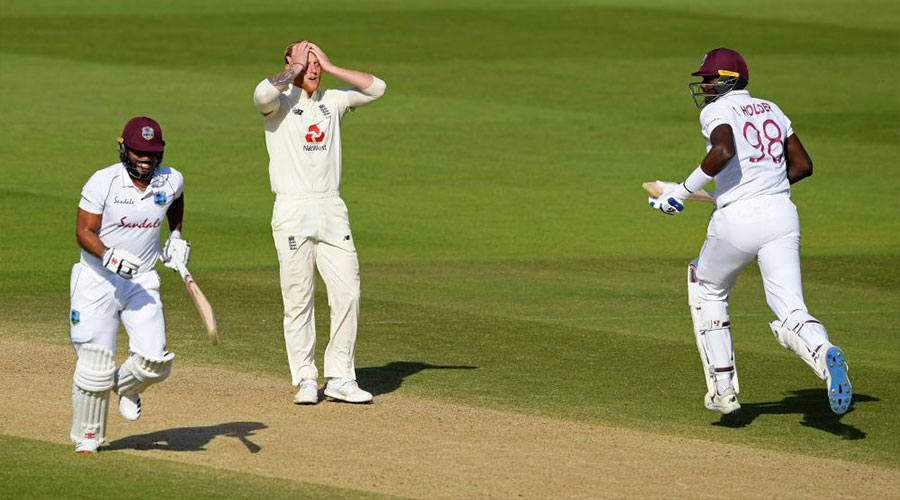 West Indies recorded their first win after beating England by four wickets in the first test of the three-match series.

Captain Jason Holder praised Shannon Gabriel for his bowling figures and Jermaine Blackwood for scoring 95 runs in a splendid batting performance which resulted in the Windies four-wicket win.

Gabriel took 9 wickets in the first test while giving away 137 runs and due to his bowling figures, England was all out on 313 in their second innings and left a 200 lead to chase in the final day of the first test.

At the start of West Indies second innings, England bowlers caused problems in Windies batting lineup as they were 3 down while scoring only 27 runs, but Blackwood and Roston Chase batted well and made 73 runs partnership.

Blackwood played an elegant and much mature innings in which he scored 95.

West Indies Test Captain Jason Holder was full of praise after his side claimed victory in the first International match since coronavirus pandemic started.

Holder while talking to Analyst said, “I am really very happy, we have worked hard and I am glad it pay off, I am glad that Gabriel and Blackwood made sure their return is very important for the team as they led us towards victory.”

“We were in the back foot when we lost quick three wickets and on top of that Campbell got injured, but later on Roston and Jermaine played well and their partnership was the turning point of the match”.

Furthermore, the West Indies captain also talked about crowds and how it feels playing without fans.

The second test of the series will begin at the biosecure bubble of Old Trafford on Thursday and West Indies are looking to seal the series and praying to win their first series in England since 1988.