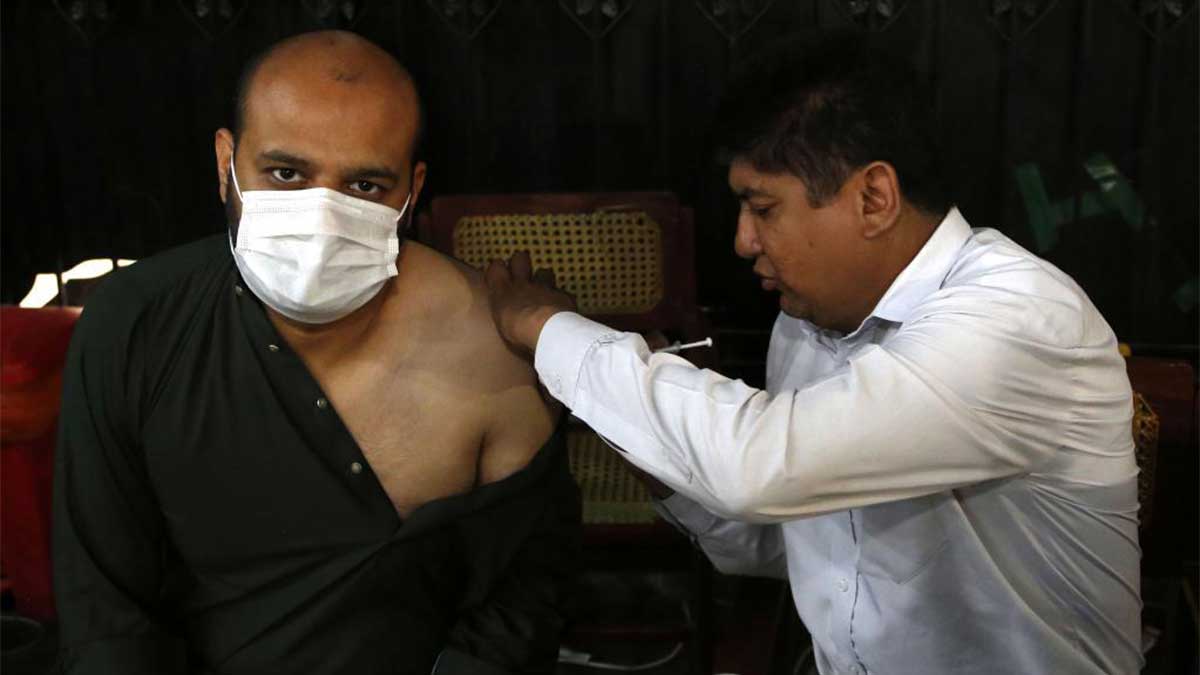 In a major development, scientists have succeeded to discover why Indian Delta COVID-19 variant is spreading faster around the world as compared to other coronavirus strains.

How is the virus spreading so rapidly? One study conducted by researchers at the Guangdong Provincial Center for Disease Control and Prevention in China looked at people infected with the mutation, also known as B.1.617.2. and suggests the delta variant may transmit faster than other strains because it makes more copies of itself inside our bodies at a faster rate.

When scientists in China compared dozens of cases of delta to strains from early in the pandemic, they found that patients with the delta variant had viral loads that were 1,260 times higher.

“There’s so much more virus around, people who are infected have such high viral loads, but even short periods of time — five minutes, seven minutes, you don’t even have to be within six feet,” Ashish Jha, dean of the Brown University School of Public Health said.

“For people who are unvaccinated, they are getting infected with much, much shorter exposure.”

With Karachi reporting a high number of Delta variant cases, several health experts have warned that COVID-19 situation in the city has become very dangerous, alarming and is the cause of serious concern.

In a meeting, held at Dr. Panjwani Center for Molecular Medicine and Drug Research (PCMD), Prof. Dr. M.Iqbal Chaudhary, the Director of University of Karachi International Centre for Chemical and Biological Science (ICCBS) and Coordinator General of COMSTECH, disclosed that out of 2,062 samples received from the Sindh Health Department from July 12 to July 13, 2021, 163 cases were found to be corona positive.

Dr. Chudhary said, “The presence of SARS-CoV-2 delta variant has already been confirmed in the Sindh province and its local transmission is evident from the recently identified cluster.” The scientists of the National Institute of Virology where these results were conducted have been constantly monitoring the spread of this variant with high concern.

“We are running short of beds as the new variant is playing havoc and people are increasingly caught in its grip,” Dr Abdul Bari, Chief Executive Officer (CEO) of the Indus Hospital Karachi informed.

The delta variant was identified in In India in the month of October 2020 and that became the starting point of the worst condition of hospitalization and deaths there. Some of the main characteristics of this delta variant are its much faster spreading, severe disease, a significant reduction in neutralization by antibodies generated during previous infection or vaccination, and reduced effectiveness of treatment.

Adviser to the Sindh Chief Minister, Senator Murtaza Wahab said that the COVID-19 situation in Karachi had become very dangerous, alarming and is causing serious concern among health officials of the province.

“City’s positivity rate had increased to 23.12 percent in just 24 hours against 8.5-9 percent 10 days ago,” Adviser to the Sindh Chief Minister, Murtaza Wahab said.