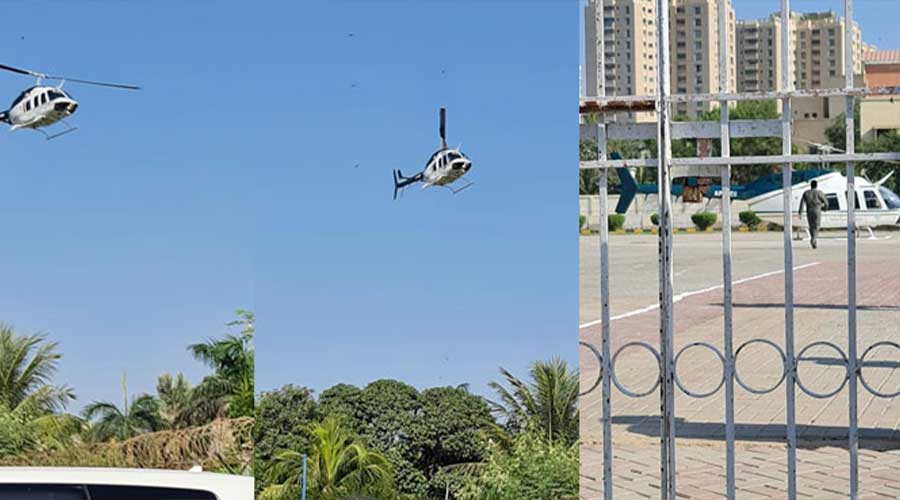 The helipad at Jinnah Postgraduate Medical Centre (JPMC), Karachi has been made operational after two decades by the provincial government.

A helicopter of the Sindh government landed at the helipad of Karachi’s Jinnah Hospital of Karachi after it was made operational. The Civil Aviation Authority (CAA) has already issued a no-objection certification (NOC) to the JPMC for the purpose.

Every second count when seriously unwell patients or the critically injured need to reach the hospital in time but the heavy traffic on roads often results in the terrible tragedy that the patient dies while in an ambulance or any vehicle.

However, the government is now trying to change all unwanted things into good. Now patients with the critical condition will soon be reaching the Jinnah Postgraduate Medical Centre (JPMC) via an air ambulance.

The new development has been a dream of JPMC’s Executive Director Dr. Seemin Jamali, she said, “It was over 20 years ago when the helipad at JPMC was functional. But by the time I got here, it was no longer in use and there was wild plantation growing all around it,” she added, “Of course, we very much wanted to revive activity there and our administration people were asked to write letters to the relevant authorities and people who could make this happen.”

Dr. Seemin’s wish fulfilled over the weekend when on Saturday she was informed that someone wanted to use the helipad of the hospital. “Well, it was the chief minister of Sindh who then took off from here in a helicopter on Sunday and also landed back here in the same helo,” she said, adding that of course while serving as a landing spot for air ambulances the helipad may also be used for dignitaries.

“It is a time-saving means of commuting, especially during emergencies when the roads tend to get blocked too. During emergencies even ambulances that are there to carry away the injured have to be told to not block the way for other ambulances to pass,” she pointed out.

“The first hour after a mishap is the most critical time for saving lives. They must get medical help as quickly as possible and helicopters can do that. They will save lives,” she said.