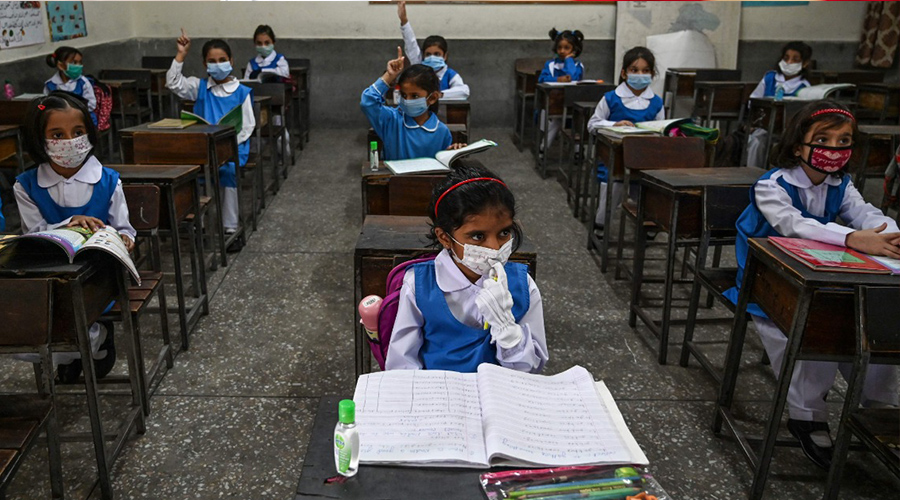 Schools will reopen starting January 18 as the federal government has agreed to extend the winter holidays for another ten days after discussion with all stakeholders.

The decision was taken during the first inter-provincial meeting of the year called by the Minister of Education to address the prospects for the reopening of schools on 11 January. The meeting, chaired by Shafqat Mahmood, the Federal Minister for Education, was held via video conference.

Officials from the Ministry of Health briefed meeting recipients on the recent COVID-19 situation in the country. It was unanimously determined, in light of the briefing, to reopen educational institutions in a staggered manner beginning on 18 January.

It has been agreed that secondary schools and colleges (grades 9, 10, 11 and 12) will reopen on 18 January, while primary schools in both the public and private sectors will reopen on 25 January during the second process.

On alternating days, as before, both institutions will have 50 percent of students. Meanwhile, from February 1, universities across the country will launch on-campus classes.

Dr. Faisal Sultan, Special Assistant to the Prime Minister (SAPM) for Health, also addressed the media. He emphasized the need for more cautionary steps to be taken to stop the spread of COVID-19. He said that the closure of educational institutes earlier helped slow down the spread of the virus, citing COVID-19 data.

The Punjab Education Minister, Murad Raas, spoke to the media prior to his press conference and made similar announcements. The Education Minister further stressed that all schools and educational institutions when reopen are destined to follow the COVID-19 protocols or else the institute will be heavily fined and sealed for violating coronavirus SOPs.

The Federal Minister of Education, Shafqat Mahmood, has declared that the exams will not be cancelled at any cost and that this year no students will be promoted without exams.

The Minister said the Board of Directors’ reviews would be held in May-June. Meanwhile, this year’s summer holidays will be shortened, and in August the new academic session will start.