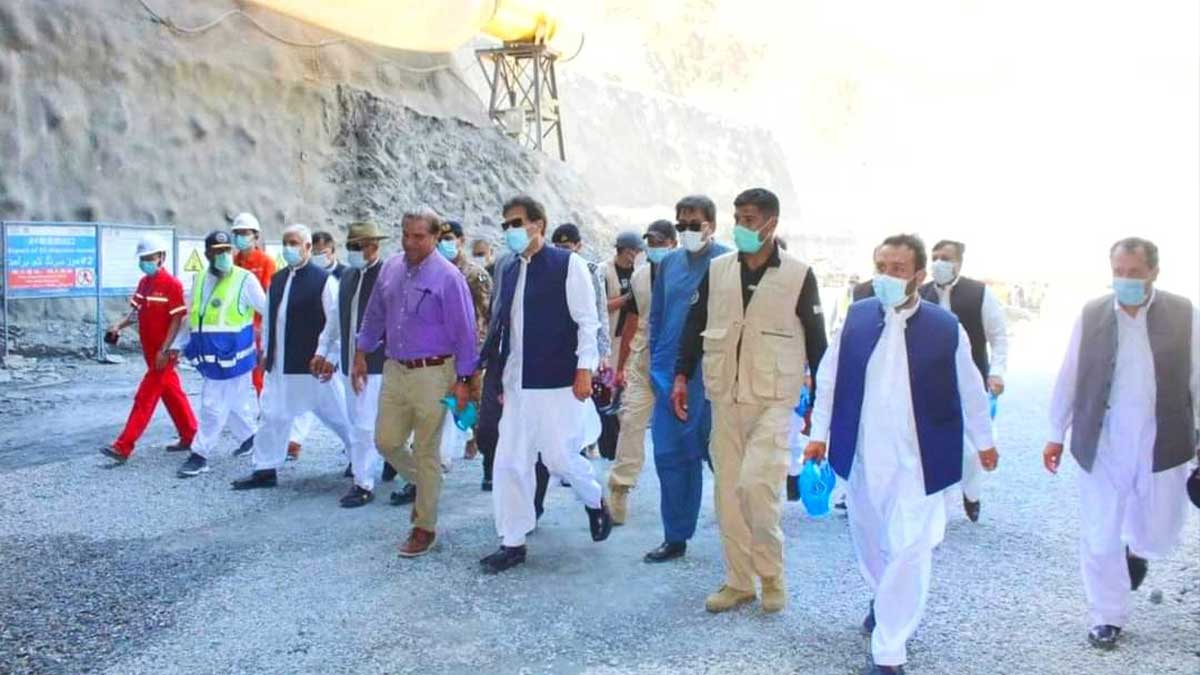 The construction of 10 dams and hydropower projects across Pakistan initiated by the PTI government in 2018 are planned to be completed by 2028.

Prime Minister Imran Khan recently said that the construction of 10 dams and hydropower projects will not only produce cheaper electricity but the water of these dams would be used for the cultivation of 8 million acres of land and also ensure food security.

He said that 10 dams along with Bhasha and Dasu dams would be constructed under the vision of clean and green Pakistan and in view of the climatic changes.

The Prime Minister was speaking at the occasion of visiting Khyber-Pakhtunkhwa’s Mohmand district to watch the progress on the construction of Mohmand Dan on Wednesday.

Prime Minister @ImranKhanPTI performed the groundbreaking of the project on May 2,2019#PakistanProgressesWithPMIK pic.twitter.com/ZVX0ipcljl

Prime Minister Khan said that instead of planning for the dams and hydropower projects, the previous governments signed expansive power generation construction agreements with the IPPs and got commissions and kickbacks.

He further added that Pakistan has the potential of producing 50,000 megawatts of cheaper electricity but these rulers opted for the generation of expansive electricity.

He told the media persons that the “clause of capacity payment in agreement with IPPs which bounded the government for payment to the private power generation companies even if the electricity produced by them was used or not as one of the major reasons behind growing circular dept.”

He said that power sector circular debt which was Rs 480 billion in 2018, is Rs 900 billion at present and would go up to Rs 1,455 billion in 2023. He said that the government is negotiating with the IPPs in this regard.

He added that the construction of dams and water reservoirs was also important for meeting the demand for clean drinking water for major cities of Pakistan and urban areas like Lahore and Karachi.