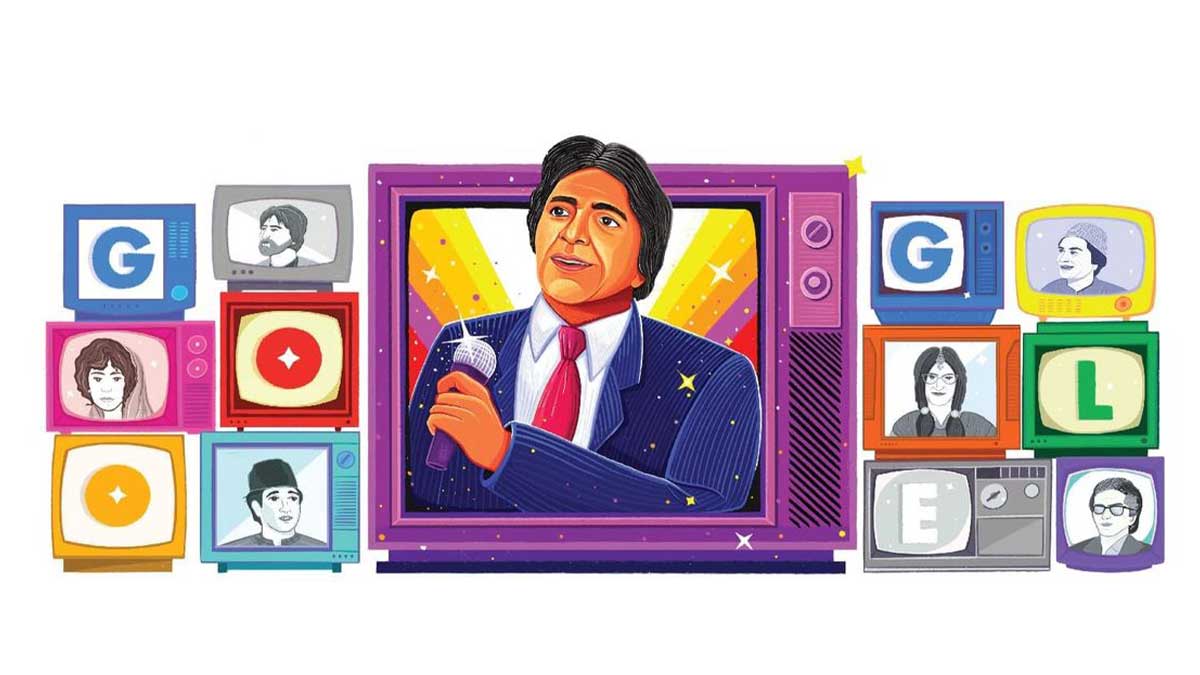 To honor the legendary actor on what would have been his 71st birthday and to demonstrate just how immense of a bequest he has left, Google honoured Moin Akhtar with a customized retro doodle.

The 71st birthday of the great Moin Akhtar is remembered through a Google Doodle created by Hazem Asif, a Lahore-based artist. Akhtar was a “champion of everyday people” and largely considered as one of Pakistan’s greatest comedy actors, according to Doodle Archive.

Hazem told Doodle, “Never in my wildest dreams did I imagine myself being a Google Doodle guest artist, let alone designing a Doodle for the renowned Moin Akthar. I wasn’t expecting it, and I was extremely humbled and honoured when I was approached. I had already resolved to devote my entire heart and soul to constructing the ideal tribute to honour Moin Akhtar’s birthday. Working on this project has been the most fulfilling experience of my professional life thus far.”

Moin Akhtar began his stage career at the age of 16 in Karachi, Pakistan, and instantly became recognized for his excellent acting skills and side-splitting comedies. Akhtar became a nationwide celebrity after a breakout appearance on a popular Pakistani talk show in 1966.

An actor, host, comedian, writer, and impressionist, the artist wore countless hats during his splendid career. Akhtar was fluent in numerous languages and delivered hilarious lines in each. His commitment helped him maintain a four-decade career on stage and on television.

Moin Akhtar, the master comedian and king of Urdu comedy, the man with a million personalities but one identity and that of a genuine performer, was someone who could make you smile no matter how terrible things were going in your life.

Moin Akhtar passed away in 2011, which was certainly a huge loss for the Pakistani industry and the state as a whole. Though, he exists through the work he has left behind.

The greatest loss to amusement, Akhtar’s last words, as recorded in an interview with the media were: “Everything I did is a part of history now. To live with history is difficult but there will be people, who will say one day, there was a man who did it and did it so differently.”