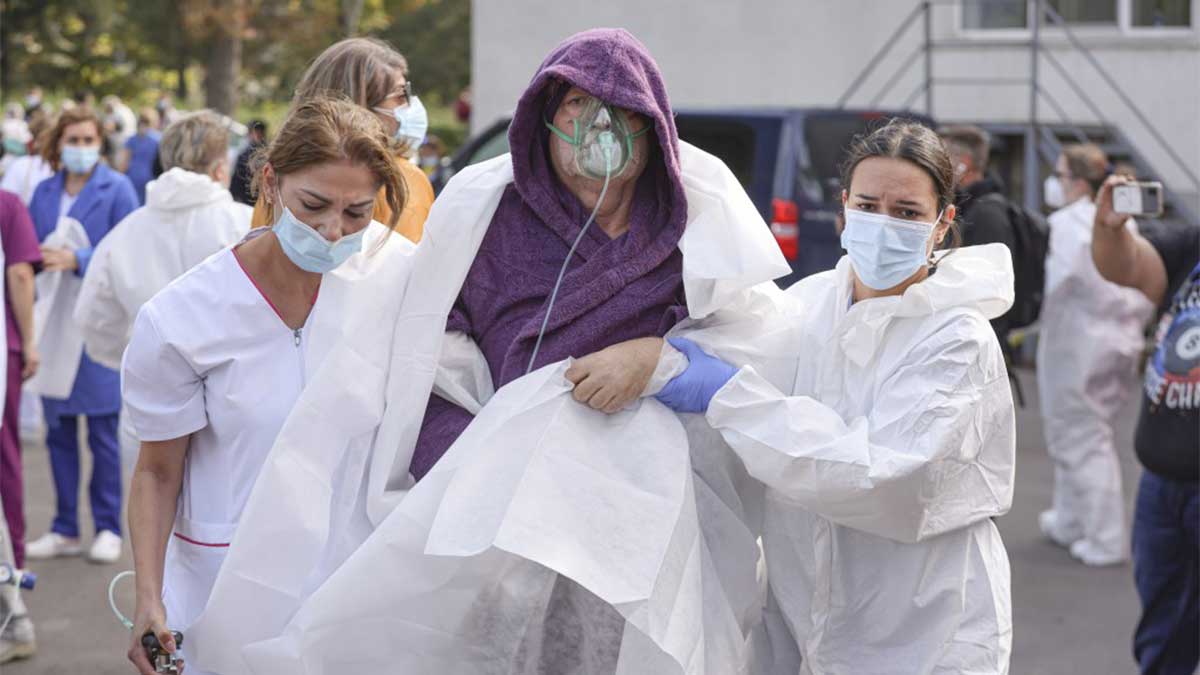 The mutation has shown large discrepancies in vaccination rates between rich and poor countries, as well as the consequences of vaccine hesitancy in some Western countries.

On a seven-day average, the United States, Russia, Brazil, Mexico, and India accounted for more than half of all global deaths.

According to a Reuters assessment, the COVID-19 death toll reached 2.5 million in just over a year, while the next 2.5 million deaths were recorded in just under eight months.

Over the last week, an average of 8,000 deaths per day were registered around the world, or around five deaths each minute. However, in recent weeks, the global death rate has declined.

In recent days, there has been a greater emphasis on sending vaccines to poorer countries, where many citizens have yet to receive their first shot, even as their wealthier counterparts have begun administering booster shots. More than half of the world, however, has yet to receive even one dose of the COVID-19 vaccine.

For the first time, the World Health Organization announced this week that its COVAX vaccination programme would only deliver shots to nations with the lowest levels of coverage.

COVAX, which is co-led by the WHO, has been allocating doses proportionally among its 140-plus beneficiary states based on population size since January.

On Friday, the United States surpassed 700,000 Covid-19 deaths, the highest toll of any country, due to vaccine misinformation that has led to nearly one-third of the population avoiding vaccinations.

Although the number of cases and hospitalizations in the United States has been declining, health officials are anticipating for a return as the weather cools and more activities are shifted indoors.

On Friday, Russia reported 887 coronavirus-related deaths, the highest single-day death toll since the pandemic started. Only 33% of Russia’s eligible population has received their first dose of vaccination.

According to a Reuters research, South America has the largest death toll in the globe, accounting for 21% of all reported deaths, followed by North America and Eastern Europe, each accounting for more than 14% of all fatalities.

However, as a result of its vaccine effort, India, one of the first countries to be ravaged by the Delta form, has gone from an average of 4,000 deaths per day to less than 300.

According to Reuters research, almost 47 percent of India’s eligible population has received their first shot, with officials delivering roughly 7,896,950 doses per day over the past week.

The Delta variant has now become the most prevalent strain worldwide, with cases documented in 187 of the 194 World Health Organization member countries.