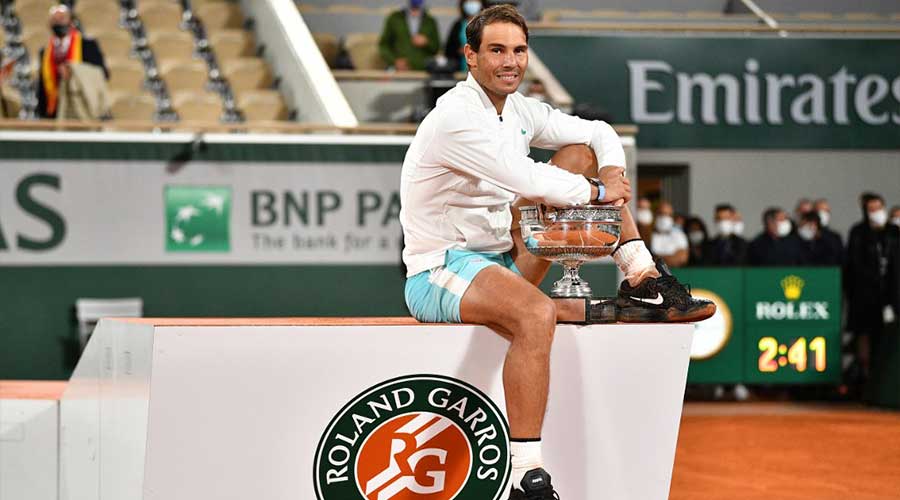 The Rafael Nadal’s outstanding record of Roland Garros success continued as he beat the world number one by 6-0, 6-2 and 7-5 in French Open final.

Out of 20 grand slams, 13 major trophies Nadal won while playing on the red clay in Paris while he lost only twice. The last time Novak Djokovic won against Rafael Nadal was back in 2015.

It was the 100th victory of Nadal in this event and 999th professional victory. This was the second defeat for the Novak Djokovic in this season but came in far more clinical manner than the first one.

Djokovic, who claimed 17 grand slams in his tennis career had speedily put Nadal on the back foot at the start of the French Open final but experienced Nadal responded in typical fashion and won the opener.

However, despite playing defensive by the Djokovic which driven some astounding rallies, Serbian was unable to progress against Nadal’s serve and subsequently collapsed from 40-0 up on his own.

In the second set, the world’s number one soon trailed again in the game, as he kept sending the ball into the net.

Nadal showed lack of concentration and Nadal was not in a mood to concede, and broke one more set and pulled a straightforward victory in the first round and brought the Cup closer.

In the third round, Djokovic showed resiliency but after leveling the points once again Nadal pulled the game towards him.

Roger Federer, a Swiss tennis star five years senior to Nadal has not won any Association of Tennis Professionals (ATP) tour event in 2020 as he continues to heal from arthroscopic knee surgery.