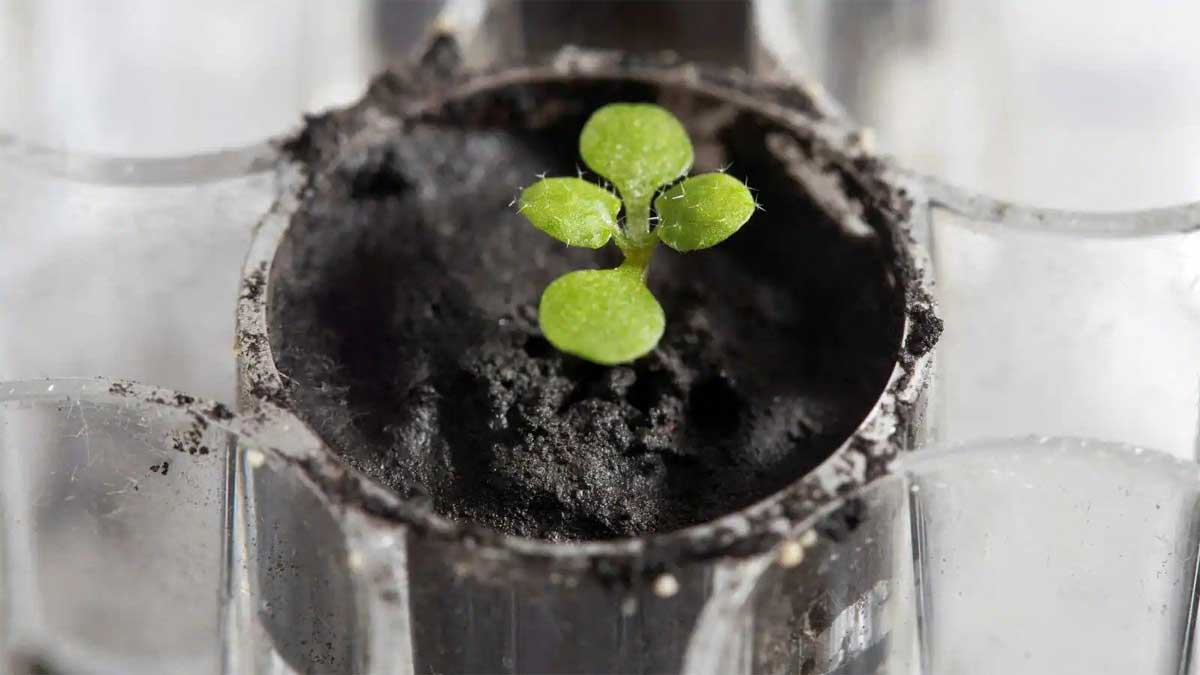 It is for the time that Scientists have grown seeds in the soil from the moon, samples retrieved during Nasa missions in 1969 and 1972- the discovery facilitates the possibility of harvesting plants in environments on the moon in the future.

Scientists stated on Thursday they planted seeds of a tiny flowering weed called Arabidopsis thaliana in twelve small thimble-sized bottles each containing a gram of moon soil, properly called lunar regolith, and observed as they developed and grew. Lunar regolith contains sharp particles and lacks organic material and differs greatly from Earth soil, so it was a type of ‘secret’ whether seeds would germinate or not.

“When we first saw that abundance of green sprouts cast over all of the samples, it took our breath away,” cited by horticultural sciences professor Anna-Lisa Paul who is the director of the University Of Florida Interdisciplinary Center for Biotechnology Research and also a co-leader of the study published in the paper Communications Biology.

“Plants can grow in the moon regolith. That one simple statement is huge and opens the door to future exploration using resources in place on the moon and likely Mars,” Paul added.

According to the researcher, every seed sprouted and there were no apparent differences at the initial stages of growth between those sown in the regolith —mostly composed of crushed basalt rocks – and seeds sown for relative reasons in volcanic ash from Earth with the same mineral composition and particle size.

The study revealed that all the plants germinated within 48 to 60 hours.

“We were amazed,” said Anna-Lisa Paul. “We did not predict that. That told us that the lunar soils didn’t interrupt the hormones and signals involved in plant germination.”

“At the genetic level, the plants were pulling out the tools typically used to cope with stressors, such as salt and metals or oxidative stress, so we can infer that the plants perceive the lunar soil environment as stressful,” the researcher explained.