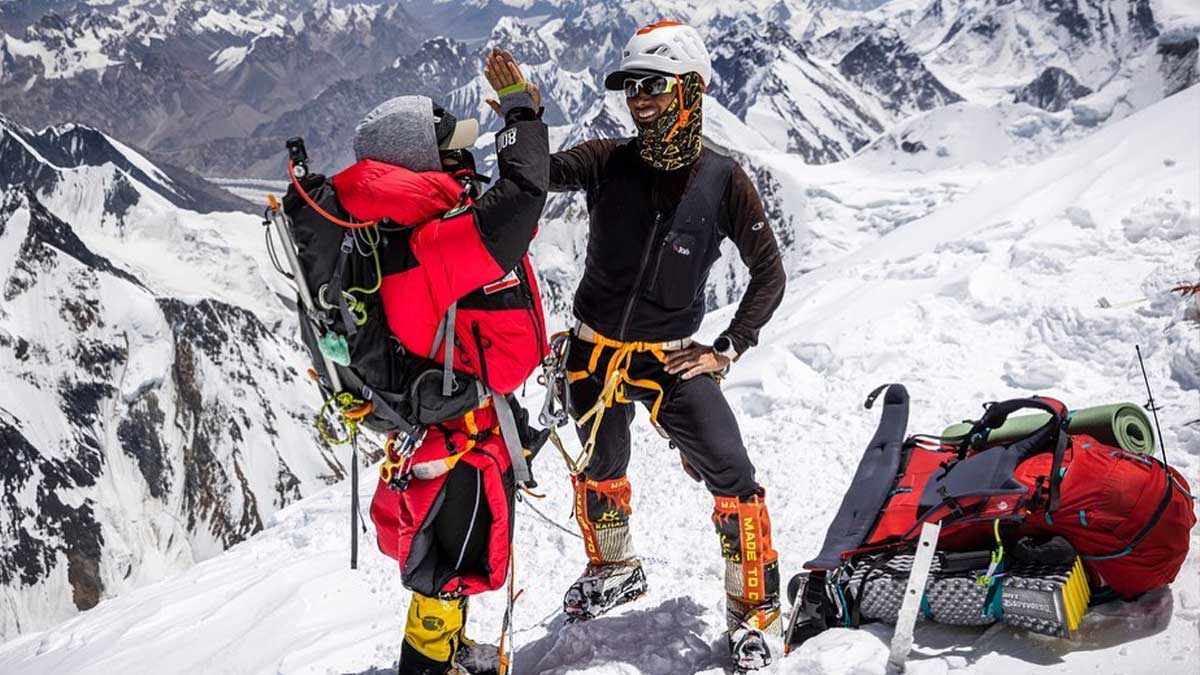 Nelly Attar- The first Arab woman, who summited the world’s second highest mountain K2, urged Pakistani and Arab women to follow their dreams, stating “if you have a dream then go and make it a reality”.

“They [women] can do it, regardless of the challenges that they’re faced with, regardless of the limitations, they can do it. Nothing and no one should stop you. If you have a vision, if you have a dream, go and achieve that dream. Don’t use your circumstances as an excuse, use them as your reason to go forward,” the media quoted her as saying.

Attar, who scaled K2 last week, left her profession as a mental health professional in 2017 and focused on sports and mountain expeditions.

In 2020, the Muslim Women Network included her name in “One of the Top Influential Women in Sports,” and Sports 360 in 2019 gave her the title of “Female Fitness Influencer of the Year Across the GCC.”

Nelly Attar climbed Mount Everest in 2019 and summited 15 other peaks across the world before setting her sights on K2.

Sharing her wonderful experience on Instagram of scaling the second highest mountain of the world K2, she stated, “We started our summit the attempt from camp 4 (7,900m) at 10pm. We planned on moving early to avoid traffic contrary to what we thought, most teams had started already,” adding, “And Then we kicked off with the trail of light leading the way. The team broke apart, and we each tried to navigate through the traffic as fast as possible. A tough ascent made it even harder and riskier. Through the shoulder, bottleneck, traverse and blue ice to the summit whilst cutting traffic.”

Moreover, she stated that after more than five hours, our team amazingly succeeded to reunite at the summit. “The best part was that we had the summit to ourselves and we finally descended back to the city,” Attar added.

The climber thanked the team for the support and encouragement over the last 5 weeks. “We did it team. K2 you certainly live up to your reputation, what a savage,” Nelly Attar said.