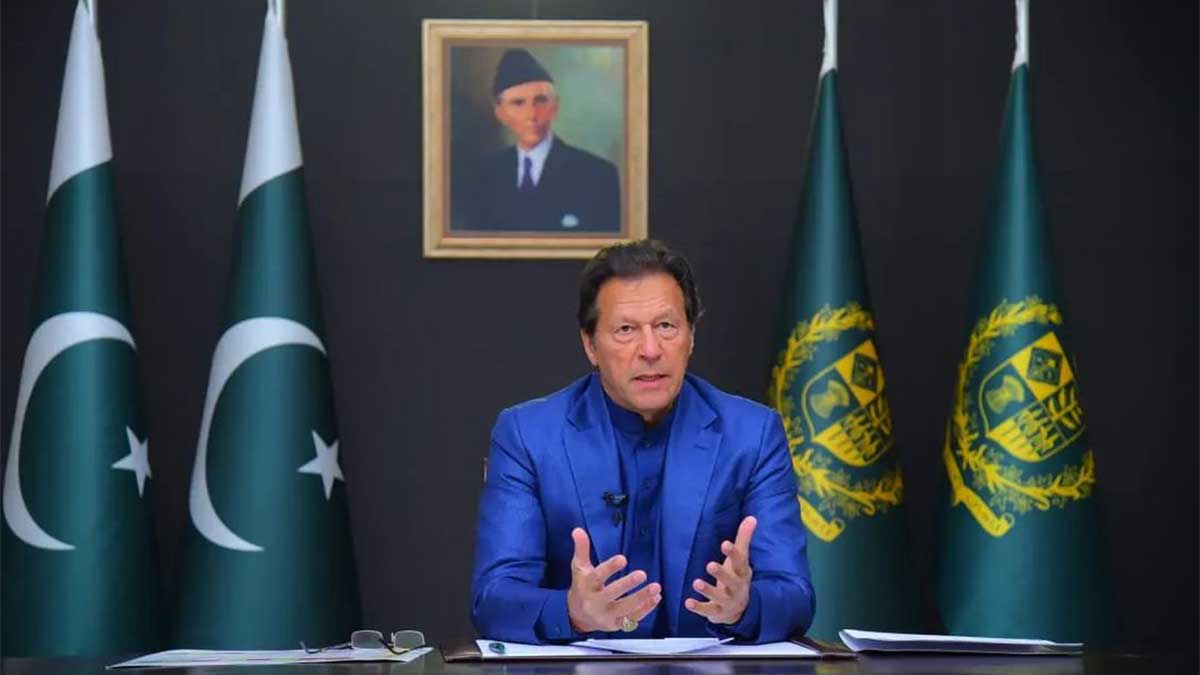 Prime Minister Imran Khan on Wednesday said that robust revenue growth of 28.5 percent by the Federal Bureau of Revenue (FBR) had enabled the government to subsidize petrol and electricity.

“Because of this performance of FBR we are able to subsidize petrol, diesel, and electricity and give relief to our people,” the Prime Minister said in a tweet.

FBR has successfully knocked down Feb revenue target of Rs. 441 billion, posting robust growth of 28.5 percent, and up to the month growth of over 30 percent. Because of this performance of FBR we are able to subsidise petrol, diesel and electricity and give relief to our people.

Prime Minister Imran Khan has announced a Rs 10 per litre cut in petrol and diesel prices, as well as a Rs 5 per unit drop in electricity tariffs.

In the wake of Russia’s invasion of Ukraine, PM Imran Khan made the statement during a speech to the nation regarding the country’s economic situation and global challenges. He stated that no price increases in gasoline or electricity would be implemented until the upcoming budget.

The Oil and Gas Regulatory Authority (OGRA) has forwarded a proposal to hike fuel prices by Rs 9.59 per litre for the next fortnight, beginning March 1, due to surging worldwide prices following Russia’s invasion of Ukraine.

As per OGRA’s fortnightly update, the revised petroleum prices are as follows:

The Prime Minister went on to explain how power is generated using imported fuel, causing costs to increase. He showed regret for previous governments’ failure to build dams, claiming that the current administration is building ten dams to keep the country safe from global price instability. “We’ve also decided to reduce the price of electricity by Rs. 5 per unit.” This equates to a 20 to 25% savings in your electricity expenses.”

The PM also mentioned that the cash handouts given to citizens under the Ehsaas scheme had increased from Rs. 12,000 to Rs. 14,000. Graduates will also be given internships and paid Rs. 30,000, he said, without providing any other specifics.

Zero% Tax on IT Sector

He underlined that the IT industry, which included businesses and freelancers, would be exempt from paying taxes and would have unrestricted money movement. The premier clarified that capital gains tax is no longer applicable to IT startups.

The Kamyab Jawan initiative would offer interest-free loans to the country’s youth and farmers, as well as subsidized home-building loans to those in need. “Over the next two years, a total of Rs. 407 billion in loans will be provided,” the PM added.

The prime minister expressed his joy that banks had been persuaded to lend to low-income households, saying that Rs. 150 billion in loans had already been approved.

In terms of industry, the PM stated that anyone interested in starting a business or investing in Pakistan will not be “asked any questions.” He indicated that a full package for this sector would be published later, adding that overseas Pakistanis who invest in local industries or form joint ventures will receive a significant five-year tax relief.