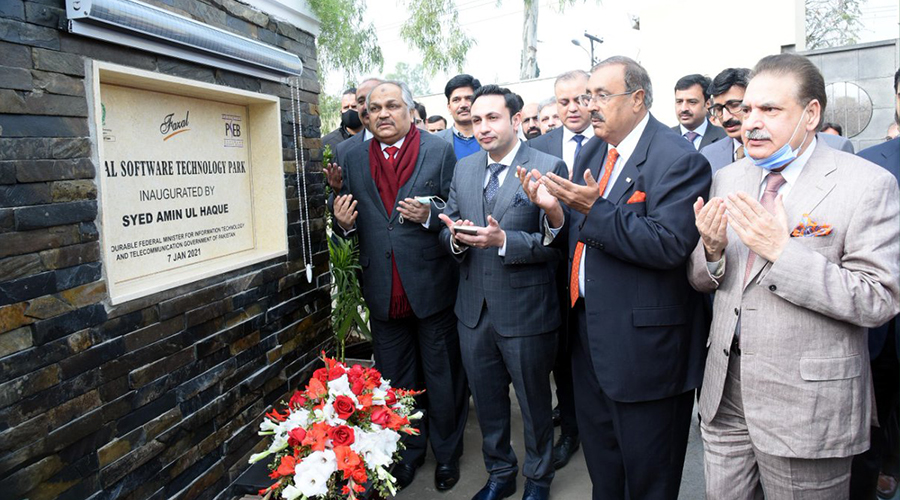 Secretary IT has inaugurated the launching of Fazal Software Technology Park in Islamabad which will be operated under the supervision of the Ministry of IT & Telecommunication.

On Thursday, Fazal Software Technology Park was inaugurated. Secretary IT Shoaib Ahmed Siddiqui was the Chief Guest while the inauguration ceremony was attended by President ICCI and senior officials from the ministry, ICCT and Pakistan Software Export Board.

This is the second STP inaugurated in Pakistan in less than 3 months. The Gilgit Software Technology Park, set up in collaboration with SCO, was inaugurated in October last year in Skardu. The IT Park carries 10 IT companies already having occupied 40,000 square feet of space.

Federal Minister for IT and Telecom Syed Amin Ul Haque in the ceremony said that Pakistan’s IT Industry is one of the top priorities for the present government. It has been functioning highly efficiently in order to make the economy of Pakistan improved. It also aims to create jobs and lift the overall quality of life.

He further said that the government is providing its strong support and extremely attractive incentives to the IT industry, also, there are several projects which aim to facilitate and assist IT Industry in its growth trajectory and to ensure continued upward momentum in local and export earnings.

The government’s top priority is to develop the Special Economic Zones and Special Technology Zones so as to promote indigenization for reducing our overreliance on imports and boost our exports, as per the Minister’s remarks.

Meanwhile, Syed Amin Ul Haque said, “Pakistanis can rightly be proud of the fact that Pakistani IT companies are providing products and services to world’s largest companies. State of the art work on latest technologies such as AI, Robotics and Driverless cars is being conducted in Pakistan and large IT companies, including US companies have set up R and D centers in Pakistan.”