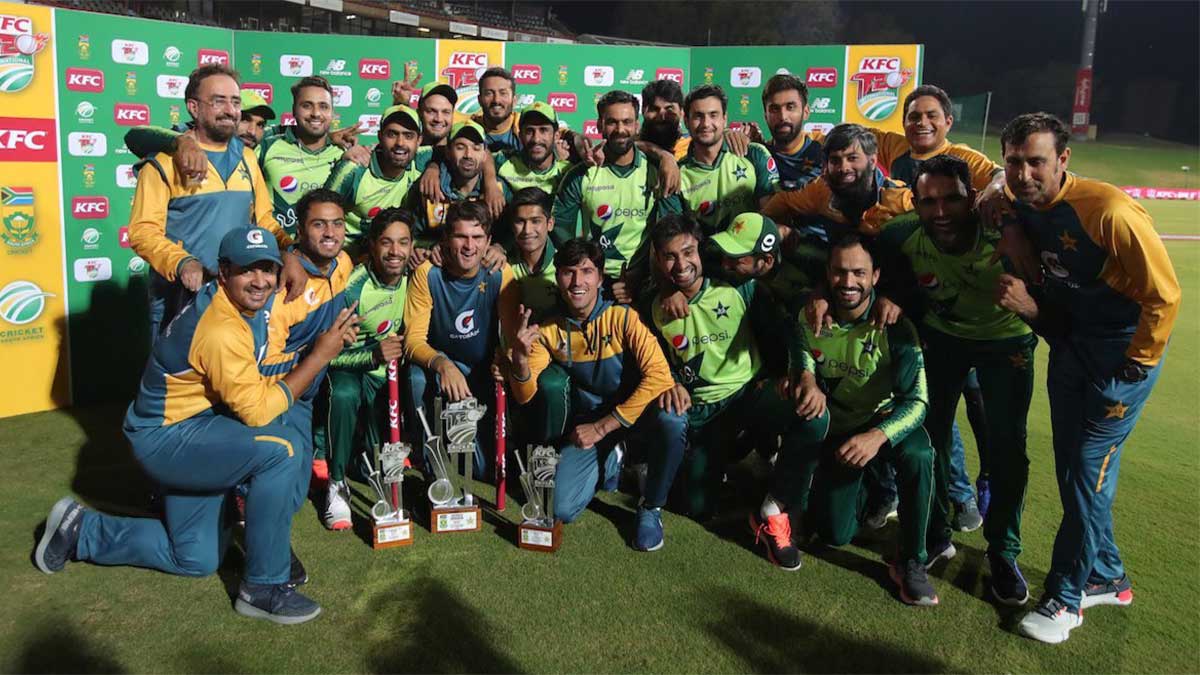 Pakistan has won back-to-back T20I series against South Africa, despite not having their first-choice team available, and finished their tour with a 3-1 victory thanks to a good bowling performance and despite batting wobbles.

Pakistan struggled to chase down 145, losing 6 for 37 after cruising on 92 for 1 to bring South Africa on the verge of tying the series.

After a poor batting performance, that might have been more than South Africa deserved. In the 77 T20Is in which South Africa has batted first, they have only been bowled out for less runs three times due to a middle-order failure.

After conceding more than ten runs in each of the first three matches, Shaheen Shah Afridi had his best show of the series, returning 1 for 19 in four overs, while Hasan Ali and Faheem Ashraf each took three to halt any acceleration attempts.

After Babar Azam and Fakhar Zaman put Pakistan on the path to a secure victory, Lizaad Williams eliminated both of them, and Tabraiz Shamsi and Andile Phehlukwayo tightened Pakistan’s position in the match, but South Africa couldn’t keep their nerve in the end. This is the fifth T20I series which Proteas are losing in a row.

With four dropped catches on each side, neither team had a fielding effort worthy of the highlights reels in this series, but Pakistan put on a sparkling performance in this match and took all eight opportunities they were given.

South Africa came into this match with a batter deficiency after benching Pite van Biljon in place of a third allrounder, which backfired spectacularly.

They required at least one of Klaasen or van der Dussen to bat through after the openers were removed to avoid revealing a soft centre, but the tides turned. In the space of five balls, Klaasen and van der Dussen were dismissed for struggling to make proper contact on intended big strokes, sparking a collapse of 5 for 13 in 19 balls. Linde and Mulder both seemed to be batting a spot too far, and Phehlukwayo’s death-hitting consisted of a single attempted drive on the up.

South Africa scored 100 runs in the first 12 overs, but just 44 runs in the last eight overs to conclude the innings poorly.

Pakistan’s middle order has been put to the test on this trip, and it has proven to be more unstable than they had hoped. Pakistan had to rely on their most senior player Mohammad Hafeez and aspiring youngster Haidar Ali to get them through the second half of the innings after Zaman and Azam were dismissed in the same over by Williams.

To leave it up to the lower-order, Haidar flicked a full Phehlukwayo delivery to deep square leg and Hafeez slog-swept Shamsi to long-on. Then a Magala bouncer rushed Asif Ali and popped him a simple return chance.