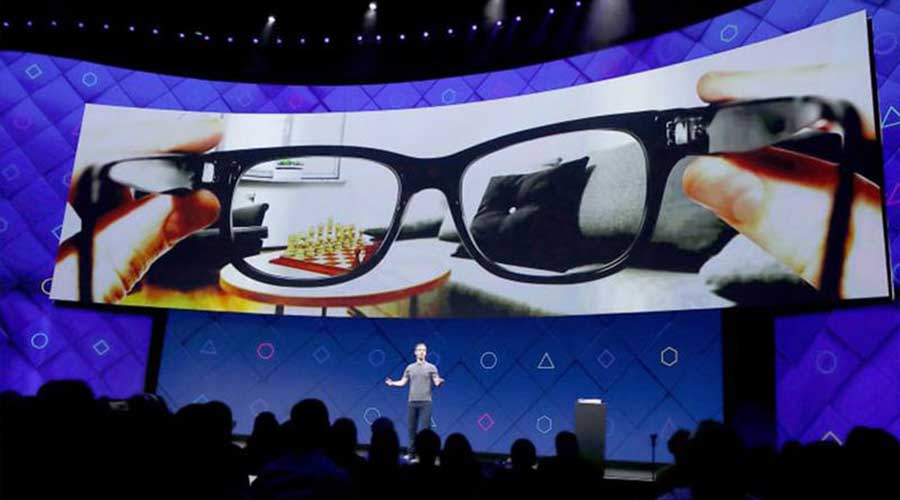 Facebook announced that the company is launching its own smart glasses in 2021 in collaboration with French eyewear giant EssilorLuxottica.

The development of the product is associated with the eyewear giant EssilorLuxottica a group that is a global leader in design, manufacture and distributor of ophthalmic lenses, frames and sunglasses. With the alliance with EsssilorLuxottica Facebook moves towards the tech wearables market as well.

Both the companies are joining hands to launch their first product, Ray-Ban branded smart glasses, in 2021. The Ray-Ban branded eyewear is a first step in the direction of forming hi-tech eyewear that enhances real world sights with visuals or data from the web.

The CEO of Facebook Mark Zuckerberg addressed to the developers through an online stream, the conference which is devoted for the virtual reality platform Oculus, the Facebook CEO taled about creating smart glasses with EssilorLuxottica; “They are going to be the next step on the road to augmented reality glasses, and they look pretty good too.”

Mark Zuckerberg also enlightened that engineers in the Project Aria team are testing with eyewear, though the specifications of the smart glasses which are under the experimental phase have not been revealed by the CEO.

Through the partnership, it will assimilate Facebook applications and technologies with Luxottica brands and Essilor lens expertise in the smart glasses which will be inserted into the internet and empower the users to perceive another way of virtual world and to connect with others.

Luxottica Chief of Wearables Officer, Rocco Basilico said that “Combining a brand that is loved and worn by millions of consumers around the globe with technology that has brought the world closer together, we can reset expectations around wearables.”

Furthermore, he also stated that “We are paving the way for a new generation of products destined to change the way we look at the world.”