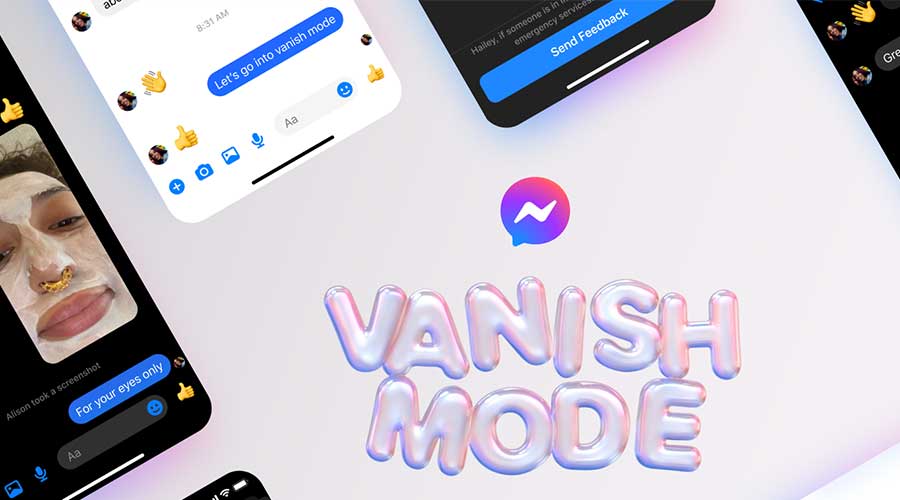 Facebook has introduced a new Vanish Mode for Messenger and Instagram after WhatsApp that will allow users to send disappearing messages.

The disappearing message finally rolled out by Facebook in its trio of application which includes, Messenger, Instagram and WhatsApp. The majority of the users already received the latest disappearing update on Instagram and many yet to get it on WhatsApp and Facebook. The feature was announced a while ago, but it has only started rolling out now.

The new feature is called Vanish Mode for Instagram and Facebook while it is known as Disappearing Messages on WhatsApp. However, the purpose is the same in all three applications. After enabling the feature, it deletes all messages from a specific chat once you switch from one application to another or you close the chat box. Though, someone can still take a screenshot of these messages before they vanish.

The Vanish Mode is applicable for both individual and group chats. If the chat gets disappears suddenly, Facebook has said that conversation can still be reported, as the chat’s backup remains on Facebook servers for up to 14 days, which means chat does not remove instantly.

Vanish Mode can be enabled after swiping up from the bottom of the chat on Instagram and Messenger platforms. Whereas, on WhatsApp, you need to open a chat, click on the contact name, after tapping on the contact name turn on the ‘Disappearing Messages’.

Some users may not see this option as the full roll out of the feature is still in progress. However, the feature should be available to every individual in the upcoming days.