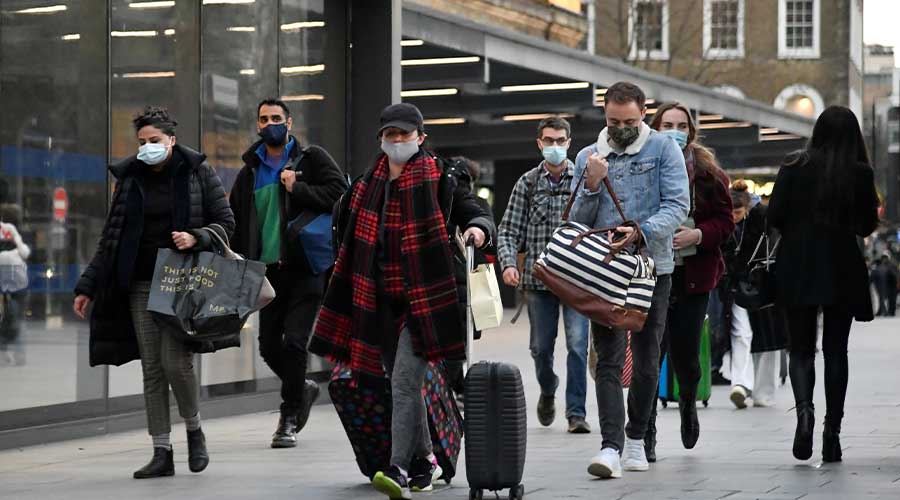 The danger of the new Covid variant isn’t that it’s more severe, but that it’s more contagious and if more people get infected, this will increase the burden on already-overwhelmed hospitals—and lead to more deaths, say experts.

The new kind of virus that was first discovered in England has 50% to 70% transmissibility. The virus which is known as B.1.1.7 was discovered in the South East region of England.

Only in one month, the number of people who have been affected by the virus is more than the people who fell victim to any other kind of coronavirus.

The expert of infectious diseases, from the Wellcome Trust of England, said that due to the high tendency of spreading, this virus could cause expansion of highly bad epidemic.

He said that in 2020, the prediction about the spreading of Coronavirus was possible to a certain extent but now this would not be possible to predict anything about B.1.1.7.

A scientist of a university in England gave the good news that it is hoped that we would be in a position to be aware of its existence in time and as such precautionary measures could be taken.

However, the most dangerous thing about B.1.1.7 Covid variant is its tendency of changing. The killing aspect of this virus has not increased as compared to the previous year.

The experts are of the opinion that despite its lesser killing tendency, a higher spreading tendency could cause a high number of deaths.

According to the statement, issued by NCOC, the National Institute of Health had confirmed the presence of B.1.1.7 coronavirus variant in two individuals who visited the United Kingdom. It has however been decided well not to share the details of two patients, their gender, and even their cities to avoid panic in the masses.

The statement of NCOC says “This is the follow-up to preliminary reports of the variant which have now been confirmed via whole-genome sequencing. Since the emergence of a new coronavirus variant in the UK which was reported in December 2020, the Ministry of National Health Services has been testing all passengers coming from the UK for SARS-CoV-2.”