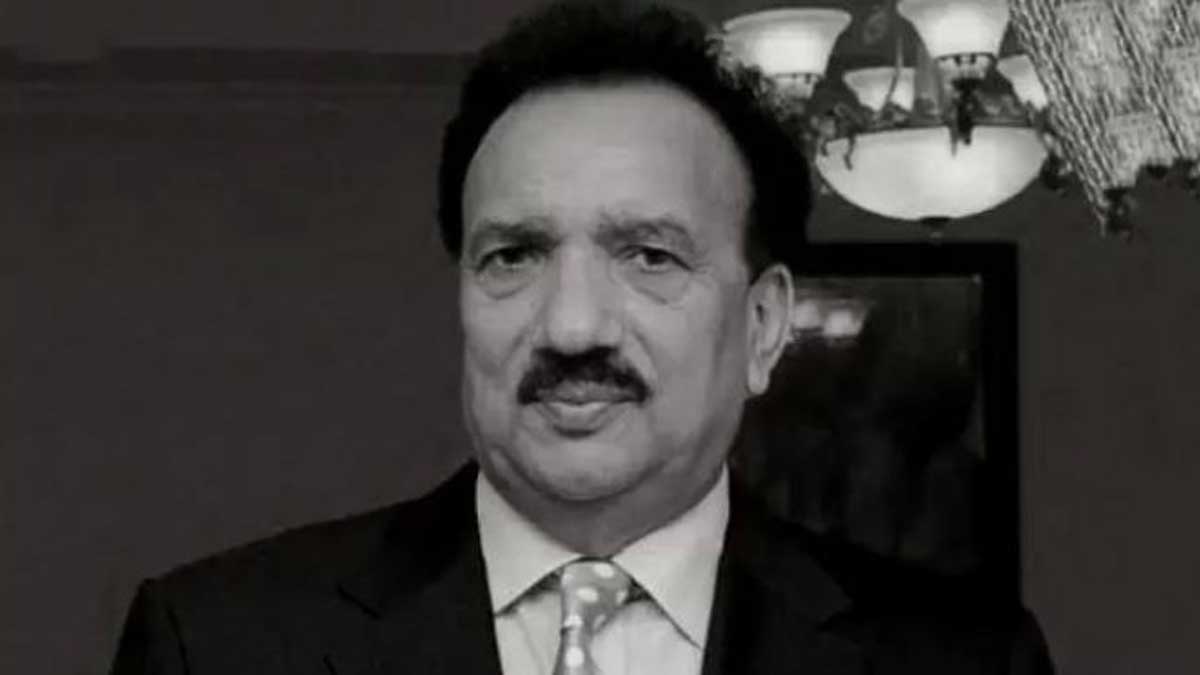 Rehman Malik, a senior politician and Pakistan’s former interior minister, died on Wednesday morning at the age of 70.

According to his spokesperson, Riaz Ahmad Turi, the PPP senator was hospitalized in Islamabad due to COVID-19-related issues, which had badly hurt his lungs.

On February 1st, Malik’s condition had deteriorated, and he had been placed on a ventilator, according to PPP Senator Sehar Kamran.

From 2008 to 2013, Malik was the country’s interior minister, having obtained an honorary doctorate from the University of Karachi. He was one of former Prime Minister Benazir Bhutto’s closest advisors.

In 1973, Rehman Malik received a degree in statistics from the University of Karachi, and in 2012, he got an honorary PHD from the same university.

He has a deep political career and served in a number of areas, notably as Interior Minister from 2008 to 2013.

The Pakistani government honoured him with one of the country’s highest civilian honours, the Sitara-e-Shujat, for his contributions. The state also bestowed upon him one of the most important civil honours, the Nishan-e-Imtiaz (Order of Excellence).

Condolences began to flood in from all corners of the country after word of his death broke.

He went on to say that Malik’s contributions to the country were remarkable, and that the PPP’s leadership and workers shared his family’s sadness.

Sheikh Rashid Ahmed, the Interior Minister, conveyed his sorrow over the death and offered condolences to the deceased’s family.