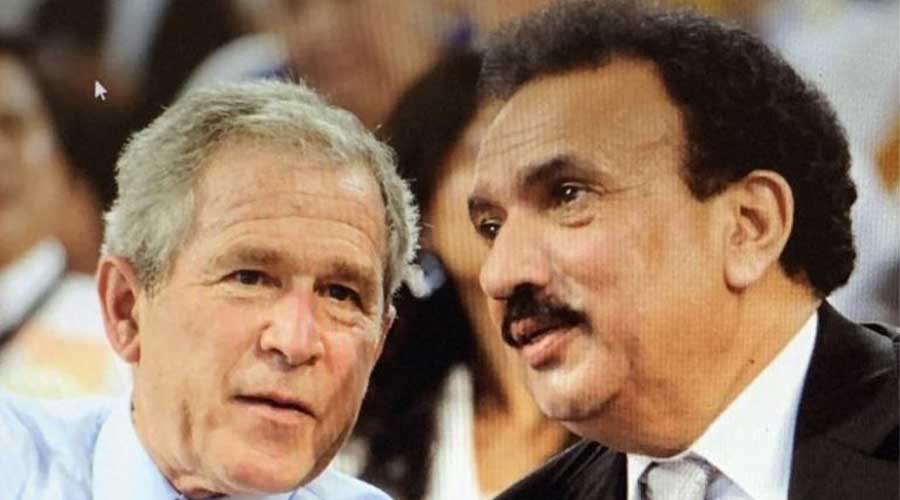 Senator Rehman Malik of Pakistan People s Party is being trolled all over the internet and especially on Twitter after he congratulated Joe Biden, the new U.S. President on the micro-blogging website by uploading George W Bush picture instead of Biden’s.

The senior politician shared Bush’s pic along with himself and wrote, “Joe Biden has worked with three democrats presidents and hopes they will support him to get the USA out of the self-created crises. Afghan issue, Syrian crises, and row with China must come to end. I hope the Democrats will support the oppressed Kashmiris to get out of curfew.”

His this post went viral overnight and caught the netizen’s attention.

“I can’t tell what’s funnier, the fact that he is talking about Joe Biden but has a picture of George Bush, or that he took a picture of his laptop screen instead of saving the picture and uploading it properly. 99th percentile Whatsapp uncle behavior.”

“My man Rehman Malik making a subtle point that when it comes to foreign policy, both Republicans and Democrats are the same. Brilliant, sir.”

“People are making fun of him, but mistaking one old white guy for another is a power move.”