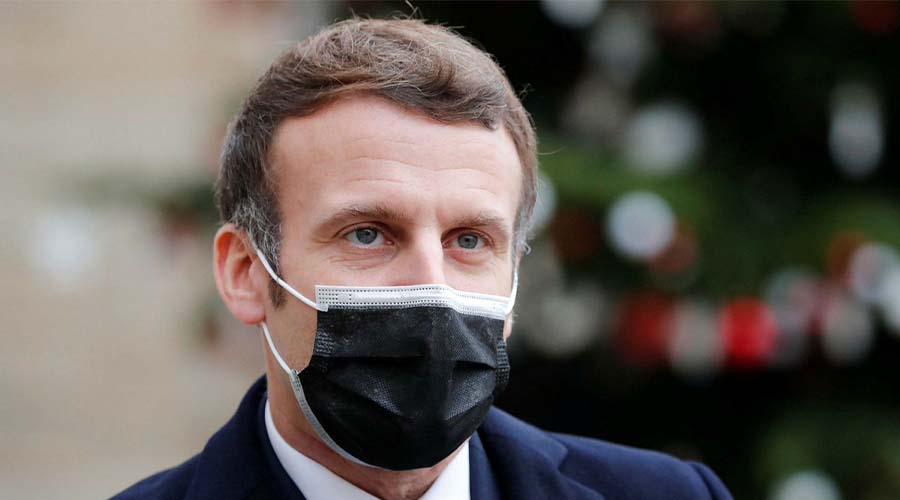 “The President of the Republic has been diagnosed positive for COVID-19 today,” Macron’s office said in a statement on Thursday. “This diagnosis was made following a PCR test performed at the onset of the first symptoms.”

Emmanuel Macron will continue to operate the office remotely. Along with the French president, her wife Brigitte will also be self-isolating.

The president has developed a cough, fever and fatigue, officials have said today.

All the upcoming official trips and physical meetings had been cancelled including his visit to Lebanon which was due on December 22.

Last week, Macron appeared at a European summit where he met number of EU leaders to discuss several important matters including the budget of the European Union, climate change and Turkey.

While the leaders assembled in the summit room and initially mingled with their face masks, once they sat down for discussions, they took them off while they remained at their table.

A private dinner with Egyptian President Abdel Fattah al-Sisi was also hosted by Macron and his wife Brigitte, during which he received the Grand Cross of the Legion of Honour.

Covid-stricken Macron had lunch with President Charles Michel of the European Council this week, as well as with Spanish Prime Minister Pedro Sanchez and Portuguese Prime Minister Antonio Costa.

Furthermore, the Spanish Prime Minister Pedro Sanchez will also be self-isolating himself until December 24 as a precaution.

Which other world leaders have caught COVID-19?