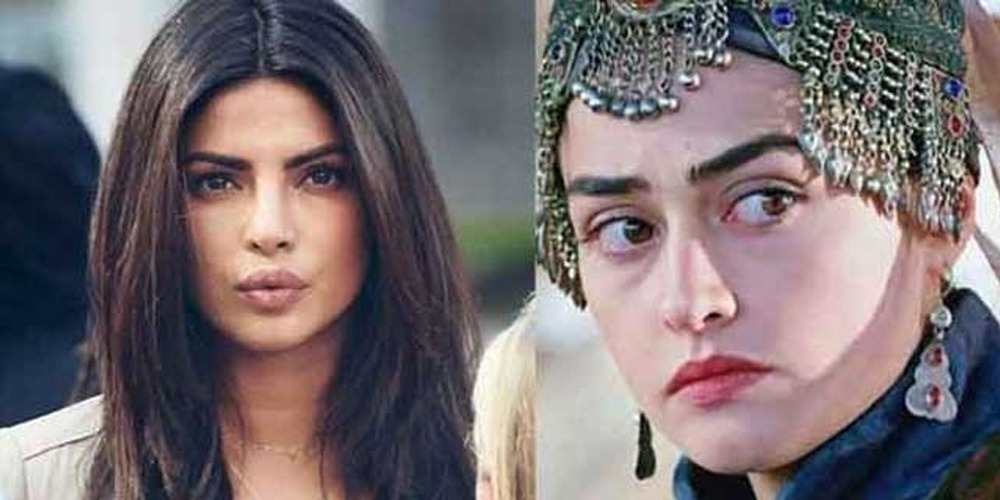 Turkish series “Dirislis Ertugrul” has become the most famous season amongst Pakistanis during the month of Ramzan in lockdown. In these lockdown days, the whole nation is busy watching the series dubbed in Urdu, telecasted on PTV and streamed on Youtube. Their craze has reached the level that they have started taking interest in the drama series main character’s real life.

Pakistanis are moral policing on Instagram but besides all policing, everyone has fallen in love with the main characters especially that of Esra Bilgic as Halime. However, their love for her increased when people found that last year Esra gave a befitting response to Priyanka Chopra, India Bollywood star, and criticized her for being a hypocrite for calling for war against Pakistan and then giving a jarring response when a Pakistani girl Ayesha Malik questioned about it in an event.

Esra replied to her post: “Being patriotic doesn’t mean that you should encourage the war. You shouldn’t belong in a conversation concerning war as a UN goodwill ambassador. You affect many children, many people as a role model. And you were so disrespectful against a woman who just asked you a question about your statement that you shared with millions of people in your own twitter account,” Esra had commented on Priyanka’s Instagram profile.

Here comments made Pakistanis liking her even more.