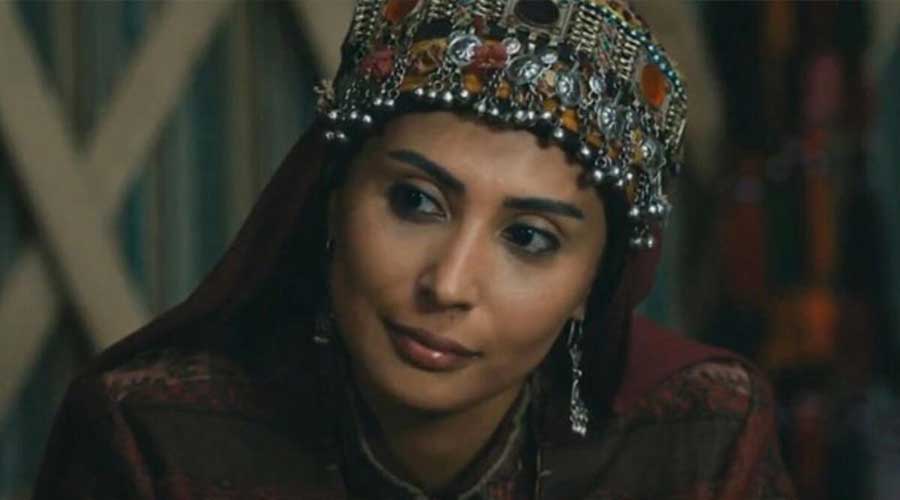 Dirilis Ertugrul actress, Konul Nagiyeva aka Anagoya shared her surprising moment when she came to know that her real name and real profile had been searched by Pakistanis after her fierce Mongolian role in the Turkish series.

“My agent called me and asked me if I knew that people were searching my name in Pakistan,” Konul recounts. She added, “I was surprised. Why would they be searching my name there? Then, I was told that it was because they were all fascinated with the Dirilis: Ertugrul series.”

Konul originally belongs from Azerbaijan and has been working in Turkey for 6 years. In a recent exclusive interview with Dawn Images, she expressed that she likes to act but she is also a writer, composer, singer, and director and self-isolated at home. However, Pakistanis had been following her on social media platforms and commented on her media stories and posts.

“I have never been very active on social media and even then, so many Pakistanis have been taking out the time to write their comments to me, on Instagram,” Konul reveals. “I can only imagine the way the other actors, who played the main leads in Ertugrul and are active on Instagram, must be experiencing their newfound Pakistani popularity.”

Then the Ertugrul star Konul Nagiyeva was asked whether she would like to visit Pakistan, she answered positively, “I would love to,” she says. “Earlier, my knowledge of Pakistan was restricted to what I knew from Wikipedia; that Pakistan and Azerbaijan supported each other, the capital was Islamabad and the languages spoken were Urdu and English. Now, however, I want to know so much more about this country.”

She also thanked the PM of Pakistan for supporting Azerbaijan, She continues, “I also want to thank the Pakistani Prime Minister Imran Khan for the support that he has been extending to my country Azerbaijan. I am generally someone who doesn’t pay attention to politics but the ongoing war in the Nagorno-Karabakh region is very painful and I am hoping that we get justice soon. I am not someone who likes war but there are times when there is so much injustice that there can’t be any peace.”

Her interview revealed many other things too, when she was observed as a jolly personality, opposite to her character in the drama, she further said, “Among the good characters, of course Engin was amazing as Ertugrul. Also, Esra as Halime is exceptional. She is a very beautiful girl and when she was Halime, I could almost feel as if I could see the truth in her eyes.”

In the end, she also expressed her wish to visit Pakistan like other actors, “It would be wonderful to visit a country where I have been given love and a show that I have worked in is being appreciated so much,” smiles Konul.