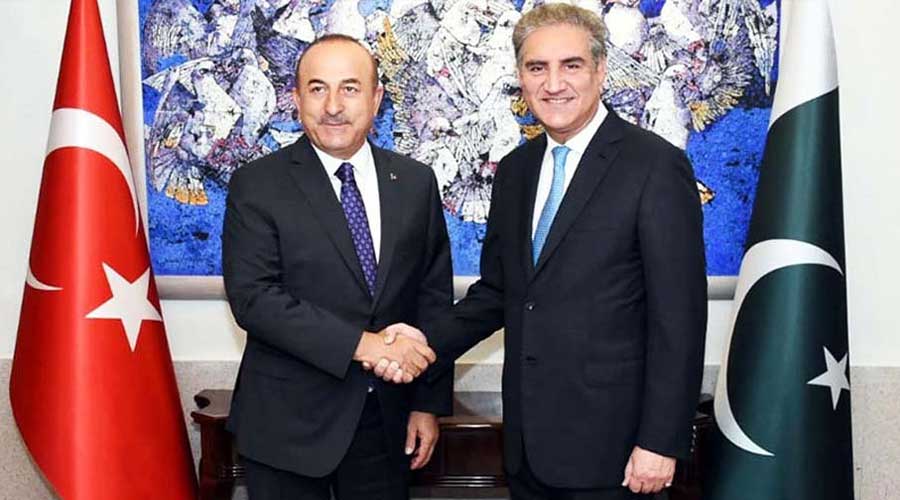 Foreign Minister Shah Mahmood Qureshi thanked the Turkish president by saying that his address has given the confidence and courage to oppressed Kashmiris. While in a telephonic conversation with Mevlüt Çavusoglu, his Turkish counterpart, the minister thanked Ankara for its “consistent and categorical stance on the Kashmir dispute”.

“It is a matter of satisfaction that both the countries share identical views on important regional and international matters,” the foreign minister told Çavusoglu.

While in the conversation, Qureshi reaffirmed Pakistan’s determination to continue to play a positive role for regional peace and security where the Afghan peace process is also included. The steps taken by Pakistan for its efforts for the regional and Afghanistan peace were appreciated by the Turkish foreign minister.

Qureshi President Erdogan in his address to UN General Assembly last month called the Kashmir dispute between India and Pakistan “a burning issue” and made a speech to resolve this issue through dialogues. “The Kashmir conflict, which is also key to the stability and peace of South Asia, is still a burning issue,” Erdogan had said in the speech he made via video-link to the 193-member Assembly’s landmark 75th session.

“Steps taken following the abolition of the special status of Jammu-Kashmir further complicated the problem,” he said, referring to the August 5, 2019, one-sided move by India to annex the disputed territory.

The Turkish leader further said in his speech, “We are in favor of solving this issue through dialogue, within the framework of the United Nations resolutions and especially in line with the expectations of the people of Kashmir.”

In response to the speech Prime Minister Imran Khan appreciated Turkish President Recep Tayyip Erdogan for raising his voice for the rights of the Kashmir while addressing the 75th UNGA.