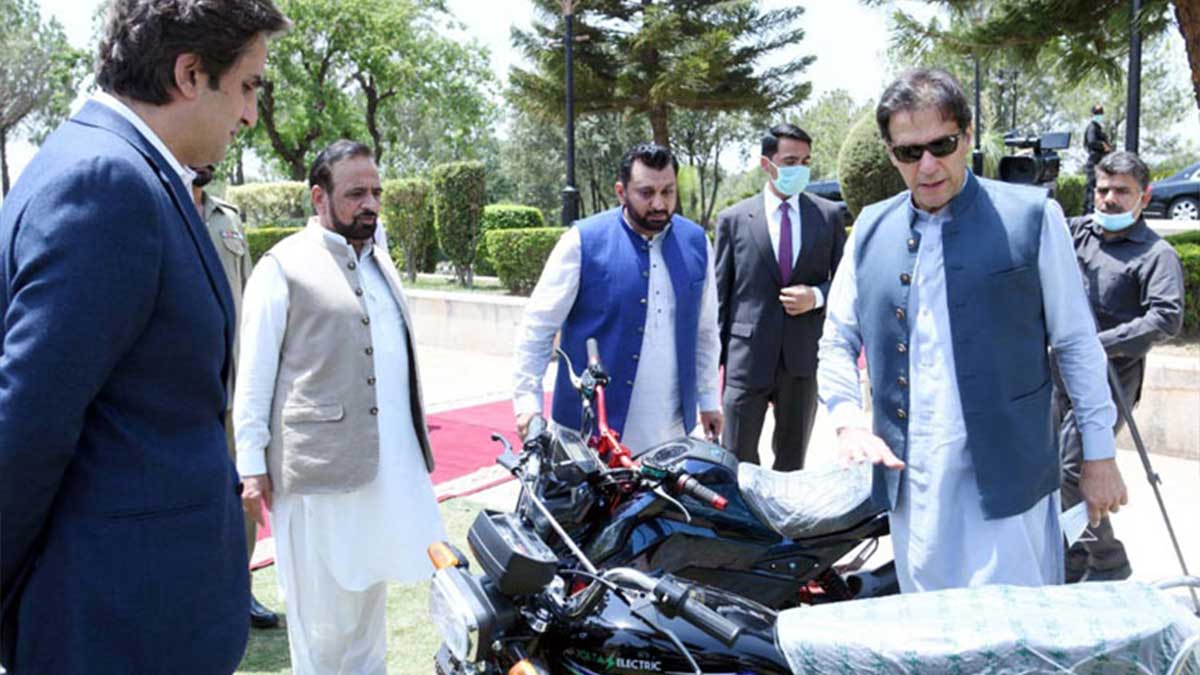 This was expressed by the prime minister while speaking at a ceremony in Islamabad to commemorate the launch of Pakistan’s first environmentally friendly electric bike and and his government’s new electric vehicle (EV) policy laid down a plan and defined a direction for the future.

During his speech, he stated, “Our electric car policy is part of the government’s Clean and Green Initiative.”

“We have to make electric buses and cars in order to overcome the problems of pollution in big cities where the pollution level has reached dangerous levels,” the prime minister added, describing the production of electric bikes as a futuristic and constructive move.

The electric motorcycle’s launching is part of the PTI government’s five-year Pakistan Electric Vehicles Policy 2020-2025, approved in 2020. While speaking in the ceremony, the prime minister said the EV policy was part of the larger initiative of making the country clean and green.

The policy envisions targeting a robust electric vehicle market having a 30 percent and 90 percent share in passenger vehicles and heavy-duty trucks by 2030 and 2040, respectively.

“EVs, particularly electric motorcycles as they are used more, will have to be introduced in cities to curb pollution,” he said.

In terms of economic creation, PM Imran stated that auto parts, including motorcycle parts and other raw materials, will be manufactured domestically.

He stated that local product manufacturing will be ensured in order to boost the country’s exports and permanently fix the balance of payment issue. He also stated that he will provide all feasible assistance to the auto industry.

“The economy is on the rise, and actions are being taken to secure long-term growth,” he said.