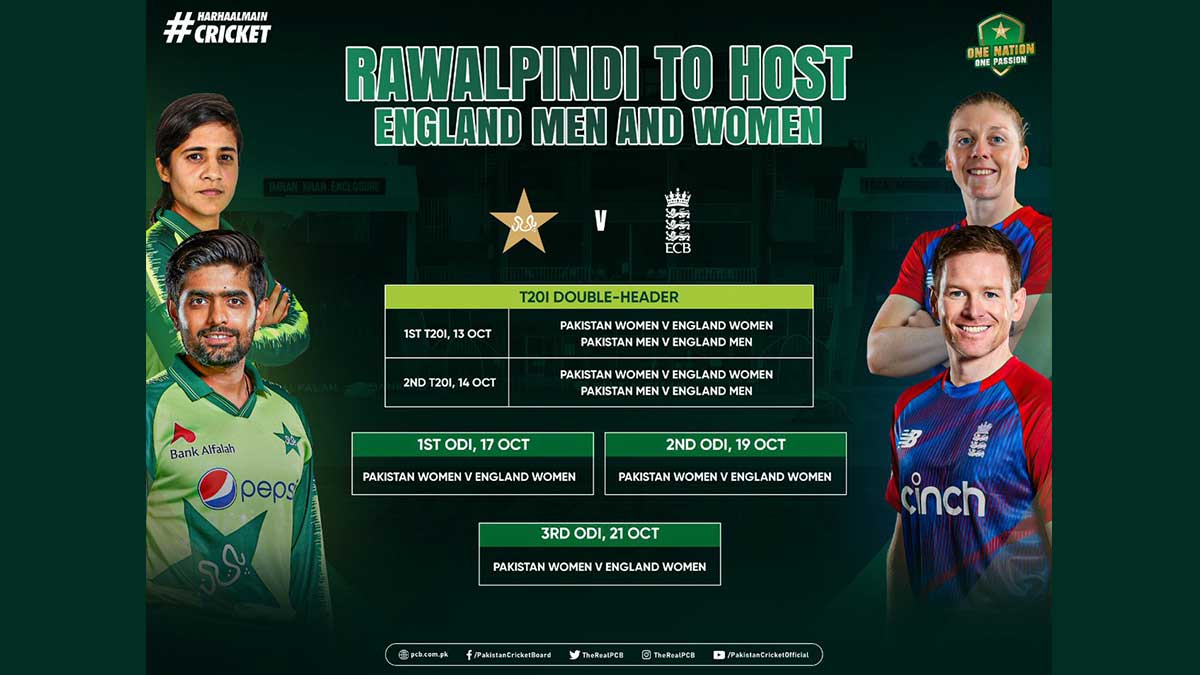 The Pakistan Cricket Board (PCB) announced on Friday that England will play two Twenty20 internationals in Pakistan in October, on their first tour to the country since 2005.

“In October, the England men’s team will go to Pakistan for two Twenty20 internationals. On the 13th and 14th of October, both matches will be held at the Pindi Cricket Stadium in Rawalpindi “According to a press statement from the Pakistan Cricket Board (PCB),

In September, the New Zealand cricket team will visit Pakistan for the first time in 18 years, one of many trips that will help to rebuild Pakistan’s reputation as a safe host for international matches.

Read more: ICC to bid for cricket inclusion in 2028 Olympics

In the next seven months, the West Indies and Australia will also play in Pakistan.

After a horrific attack on the Sri Lankan team bus in Lahore in 2009, Pakistan became a no-go zone for international teams.

However, as security has improved rapidly in recent years, international cricket has gradually returned, with Zimbabwe, Sri Lanka, the West Indies, and South Africa travelling in the previous six years.

The last England tour to Pakistan was in 2005. Pakistan had to host England in the United Arab Emirates in 2012 and 2015.

The PCB stated, “England’s men’s and women’s teams will arrive in Islamabad on the 9th of October, and both teams will play Twenty20 internationals on the 14th and 15th of October.”

On October 17, 19, and 21, England’s women will play three one-day internationals at the Pindi stadium.

Schedule of England tour to Pakistan