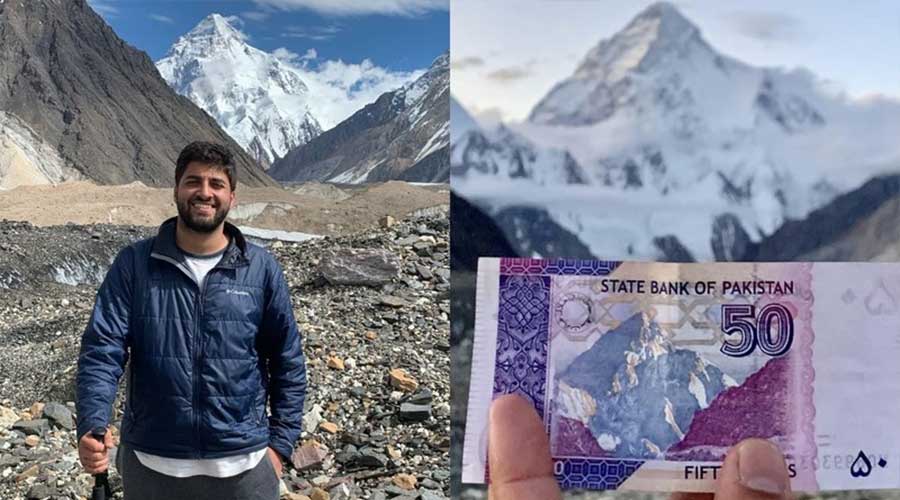 Cloud Solution Architect and travel enthusiast Emaad Paracha visited all those mesmerizing landmarks which are printed on Pakistani currency notes or coins.

He was interviewed about his idea of visiting all such places and regarding his passion that he built to do so. He said he got this idea when he went on a family trip to Mohenjodaro in 2015, he said he always noticed it at the back of Pakistani 20 rupee note and from here he got the idea to visit all those places designed at the back of all notes and coins.

Then Mr. Emaad made up his mind to explore the rest of the location over the course of the next four years. On his list were monumental historical sites such as Bab-e-Khyber (10 rupee note), Badshahi Mosque Lahore (500 rupee note), Islamia College Peshawar (1000 rupee note) and Faisal Mosque Islamabad (5000 rupee note).

Emaad further said that the landmarks on Pakistani currency were convenient to reach with the family however the overall journey was stretched, particularly K2 and Ziarat where accessibility is not easy rather troublesome.

He added, “The last one, and by far the toughest of them all by a million miles, came last summer when I was finally able to go on a trek to K2’s base camp – something I had planned for 3 summers before it finally happened”.

Emaad also told with enthusiasm, “That was a once (and only once) in a lifetime trip. It was nearly a 2 week, 300 km trek, which involved sleeping on one of the world’s largest glaciers at night, in negative degree weather, with rocks poking into your back. We used to walk 20-30 km in the sun for up to 12 hours a day but the only thing driving me was the picture”.

He further said that when he finally reached K2 it was completely covered with clouds and locals there told that there would be rain for the next few days. Later everyone in the group insisted to set departure by a few days.

Moreover, he managed to take each place’s picture by holding a currency note or coin in hand that became the memory of his life’s best experience.