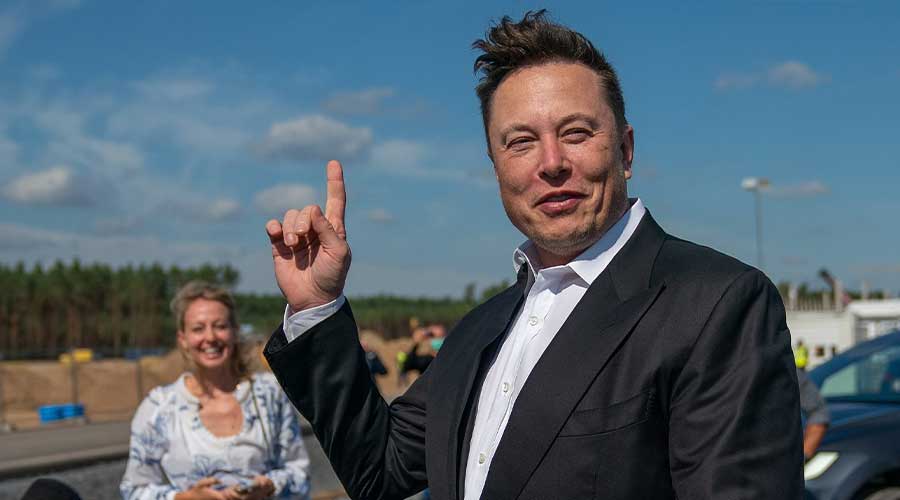 Elon Musk, the founder and CEO of SpaceX and electric car company Tesla has leapfrogged Facebook CEO Mark Zuckerberg and has now become the third-richest person in the world after Tesla shares soar.

The tech entrepreneur wealth increased by more than $15 billion in a single week after electric car company Tesla shared jumped by 13% after the news of its selection to join the S&P 500 index of leading US companies.

Elon Musk the founder of rocket company SpaceX and who owns 20% of Tesla shares has enjoyed an increase of around $90 billion in his fortune so far this year.

According to the international news agency, Tesla has the highest market value among car manufacturing companies of the world leaving behind Volkswagen, General Motors and Toyota despite the fact that Tesla is making a portion of the number of vehicles.

However, Elon Musk was unable to enjoy the news of being the third richest person and the launch of SpaceX after he sent astronauts to the International Space Station due to COVID-19 which was attended by US vice president Mike Pence. Elon Musk tweeted from his account that he has tested both positive and negative for coronavirus this week, and in total conducted 4 tests.

“Something extremely bogus is going on. Was tested for Covid four times today. Two tests came back negative, two came back positive. Same machine, same test, same nurse. Rapid antigen test from BD,” he posted.
Despite the confusion, Elon Musk is in isolation for precautionary measures.

The only two persons who are richer than Elon Musk are Amazon founder Jeff Bezos whose fortune is $184 billion and the founder of Microsoft and a renowned philanthropist Bill Gates with a $129 billion fortune. Bill Gates also gives a charity of more than $50 billion to help fight against different diseases and tackle poverty.